PSV in relaxed mood in training

People who thought that the PSV first-team squad could not shake off their pre-nerve games ahead of Sunday’s clash at Ajax, were wrong. The players worked hard but also had fun at training on Wednesday morning, under the watchful eye of media representatives.

Practice game
The players had a good time, defying the cold, and played an eleven-a-side practice game. Marco van Ginkel, Mauro Júnior, Eran Zahavi, Guti and Ryan Thomas, who have all made a recovery from their injuries, trained the full 75 minutes with the squad. Armando Obispo and Yorbe Vertessen skipped the practice game but took part in the first part of the group session.

Die-hard supporter
Although the training session was held behind closed doors due to coronavirus restrictions, support from fans was still clearly visible and audible. A BFTS ’17 banner, with the slogan ‘charging’, must have been a boost for the players ahead of Sunday’s big game in Amsterdam. BFTS ’17 will unfold a new banner each day this week to help the players recharge batteries. One die-hard supporter could not help providing an impetus to the players, singing, chanting and shouting behind the closed doors of PSV Campus De Herdgang on a cold Wednesday morning.

Eagerness
When the training session was over, not all players rushed inside to take a hot shower. The strikers went on shooting on target to improve their finishing skills while others did a ‘two touch’ game. It sums up the team’s eagerness and spirit to get back into league action again. 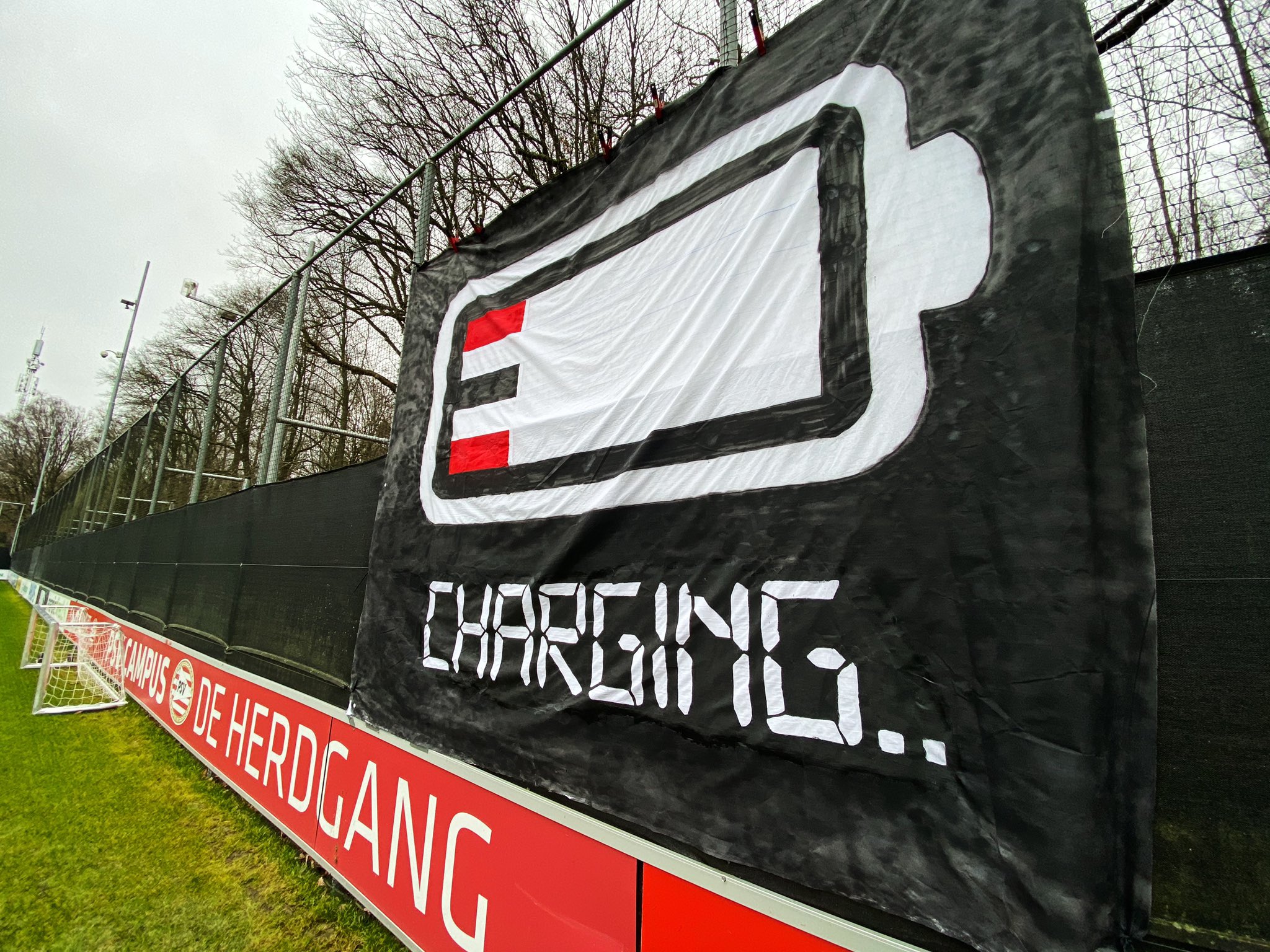