PSV held to a 2-2 draw by sc Heerenveen

PSV dropped two precious points in a 2-2 draw with sc Heerenveen in the Philips Stadion on Sunday afternoon. Tibor Halilovic handed the visitors the lead in the 34th minute, but goals from Vertessen and Gakpo in the 57th minute put them ahead. Siem de Jong, however, restored parity one minute later.

PSV trail 1-0 at half-time
PSV started the game bearing in mind that a win would be crucial to maintain the second place in the Eredivisie table. Yet the visitors from Friesland, who played a fine-man defence, saw most of the ball and Yvon Mvogo was called into action twice in the 13th minute. He made a reflex save with his outstretched left leg to deny Mitchell van Bergen and pushed Lasse Schöne’s effort away for a corner.  The best chance fell to PSV two minutes later. Mario Götze played a clever backheel pass to Donyell Malen, who forced sc Heerenveen keeper Erwin Mulder into a fine save. PSV started to get going and Eran Zahavi had a low shot saved by Mulder, while the Israeli striker just could not connect with Ibrahim Sangare’s cross from the right. The deadlock was broken by sc Heerenveen in the 34th minute. Tibor Halilovic started a run and created enough space to unleash a vicious, low shot that beat Mvogo at the near post: 0-1. PSV wanted to respond immediately but Sangare was unlucky to only rattle the post. 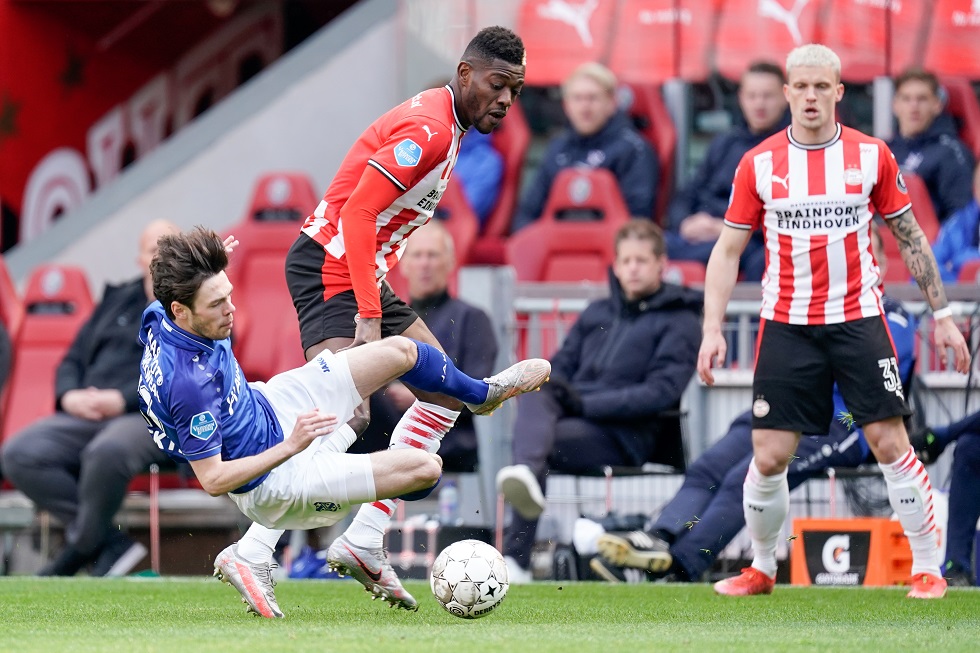 Three changes at half-time and three goals in 129 seconds
PSV head coach Roger Schmidt was not impressed by his team’s first-half performance and made three changes at half-time. Zahavi, Viergever and Rosario made way for Noni Madueke, Armando Obispo and Yorbe Vertessen.  Obispo made a late clearance to deny Van Bergen and Teze sent an effort straight at Mulder before three goals were scored in a crazy 129 seconds. Philipp Max delivered a trademark low cross from the left wing in the 57th minute and Yorbe Vertessen got ahead of his marker Lucas Woudenberg to slide home the equaliser, opening his PSV scoring account. One minute later, PSV were on top when Cody Gakpo curled the ball into the top corner from twenty yards out, taking his goal scoring tally for the season to seven. At the other end, Lasse Schöne played in Siem de Jong, who, left unmarked, slotted home from close range: 2-2.

Chances galore
PSV piled up the pressure and created some chances. Vertessen wiggled his way past two defenders on the touchline and Woudenberg was lucky not to score an own goal. Malen hit the post in the 66th minute and one minute later Gakpo sent a long ball into the path of the striker, who rounded Mulder but only hit the side netting from a tight angle.  Malen also tried his luck with an overhead kick. It was a one-sided game as PSV went in search of a winner. Teze put a sweet cross to Malen whose downward header was parried by Mulder and Marco van Ginkel, who had replaced Götze in the 90th minute, skewed his effort wide of the post.  PSV were held to a 2-2 draw, just like in the reverse encounter in Heerenveen. They are second in the table with 65 points from 31 games, one point above AZ. With three games to go, Roger Schmidt’s men will return to Eredivisie action on Sunday 9 May when they travel to Tilburg to face Willem II. 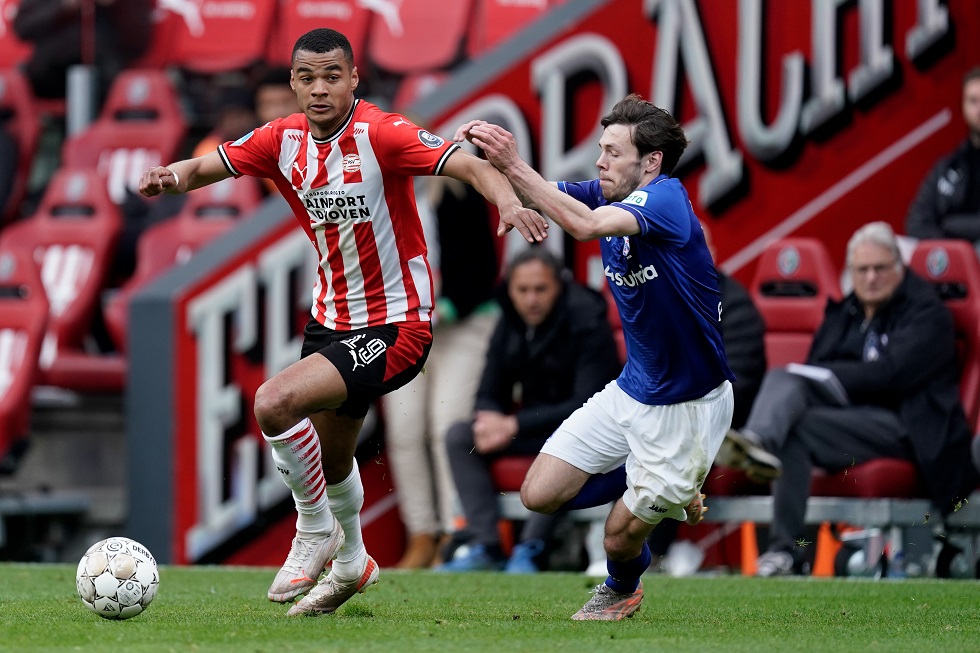