PSV have kept five clean sheets in a row against Vitesse

PSV have recorded six consecutive wins against Vitesse and kept five clean sheets in a row. Vitesse did not suffer any more defeats against any other Eredivisie club. 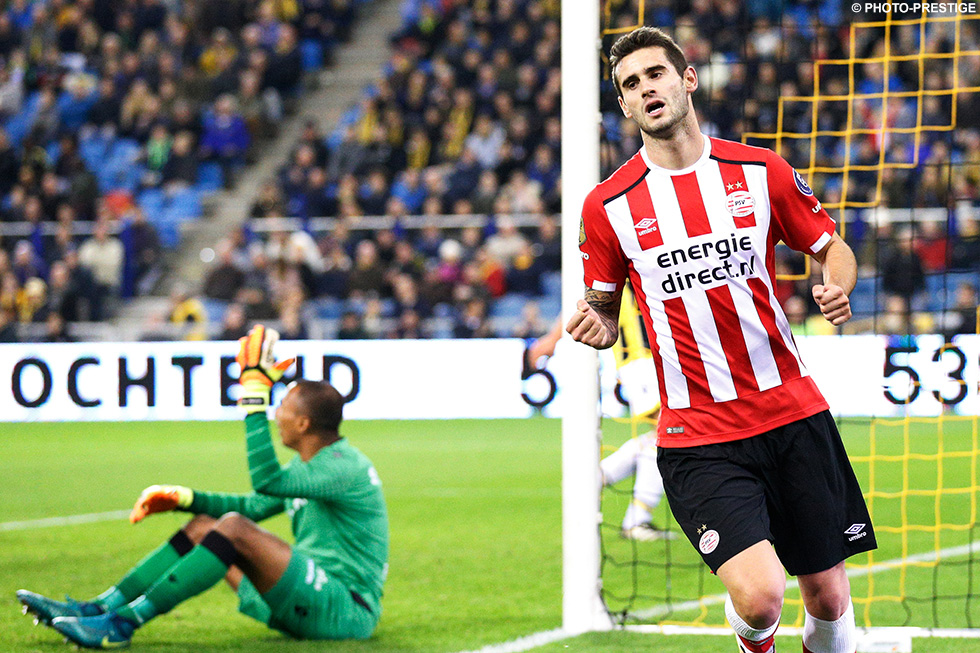 PSV on target in 14 consecutive games
PSV beat Vitesse in 23 of 31 home games, drawing three and losing five. PSV scored at least one goal in their past fourteen games with Vitesse, finding the back of the net 30 times. Vitesse netted twelve goals, six of them on 7 December 2013.

2-0
This season’s reverse fixture in Arnhem ended in a 2-0 win for PSV, thanks to two goals from  Gastón Pereiro. Last season’s corresponding fixture also ended in a 2-0 win. Davy Pröpper and Luuk de Jong got their names on the score sheet for PSV..