PSV end season in second place after win over N.E.C.

PSV played hosts to N.E.C. in the Philips Stadion in their final home game of the 2021/22 season. Roger Schmidt’s team recorded a 3-2 win and finished the Eredivisie campaign in second place. They will make a trip on Sunday to Zwolle to face relegated PEC on the last match day of the season.

Fortress
PSV kicked off their final home game of the season in the Philips Stadion and looked to finish their Eredivisie campaign strongly in front of their own fans. They started brightly and Ibrahim Sangaré and Cody Gakpo set up Philipp Max but the German left back fired wide. Some minutes later Ritsu Doan forced Mattijs Branderhorst into a fine stop. It was not the last save the N.E.C goalkeeper would make. PSV started many flowing moves and closed down their opponents in numbers, winning the ball quickly. They dominated possession and looked to lay siege on the N.E.C. fortress.

Thunderbolts
N.E.C defended stubbornly but Ritsu Doan made the breakthrough in the 26th minute. Noni Madueke spinted down the flank and found Doan. The Japanese winger, who operated in midfield on Wednesday evening, was left unmarked and beat Branderhorst with a powerful shot, sending the Philips Stadion into raptures. Erick Gutiérrez doubled the lead in the 36th minute. The Mexican midfielder, who replaced André Ramalho once again in the heart of defence, unleashed a shot from some twenty yards out and netted one of the best goals of the season when his thusderbolt flew into the top of the net. The PSV faithful chanted his name. HT: 2-0. 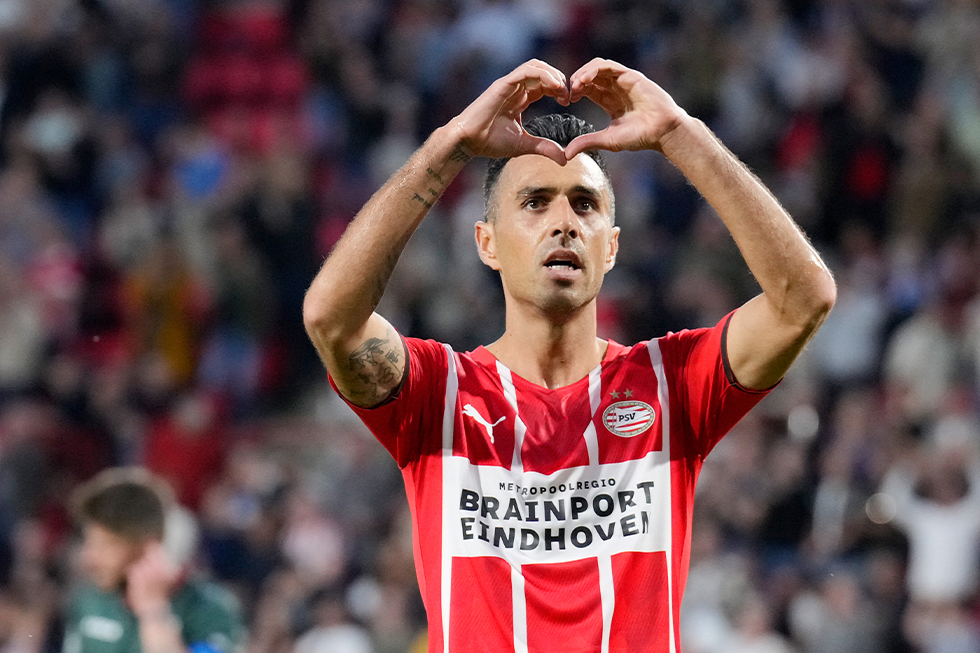 Twenty goals in all competitions
Yvon Mvogo pulled off a fine reflex save straight after the break and at the other end Eran Zahavi had a chance to make it three but the Israeli striker was denied by Branderhorst. Bruma, who had replaced Noni Madueke at half-time, played in Cody Gakpom who lobbed the ball over the goalkeeper but also over the bar. Zahavi foubd the net in his farewell match in Eindhoven in the 61st minute. Phillip Max produced a perfect cross and Zahavi was in the right place to tap home PSV’s third goal of the match, taking his goal scoring tally for the season to twenty in all competitions. When he was taken off with twenty minutes remaining, the crowd rose to give him a standing ovation.

Second place
Yvon Mvogo made two saves to deny Ali Akman and Rodrigo Guth before Mikkel Dueland pulled one back for the visitors in the 66th minute. PSV responded immediately and Zahavi  and Gakpo had chances to restore a three-goal advantage. Referee Bas Nijhuis awarded N.E.C. a penalty in the 72nd minute. Jonathan Okita stepped up to convert the spot-kick and give N.E.C. fresh hope. Yet PSV were never in trouble in the closing stages and comfortably held out for a 3-2 victory. PSV finished the season in second place with 78 points from 33 matches, four below champions Ajax. 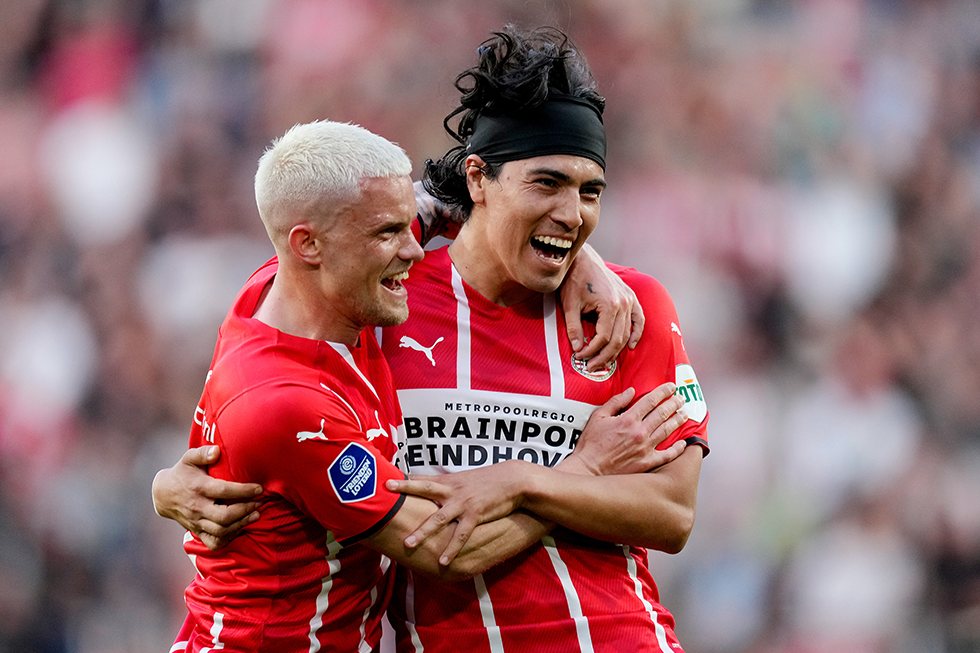