PSV earn their first win after the winter break

PSV registered their first win after the winter break: Roger Schmidt’s team earned a narrow 1-0 victory at FC Groningen. A single goal scored by Mario Götze in the tenth minute was enough to separate the two sides. Joey Veerman made his debut for PSV.

First goal in 2022
PSV enjoyed the bulk of possession from the first whistle and pegged back FC Groningen into their own half. They got off to a flying start, with Cody Gakpo trying his luck with a spectacular bicycle kick that flew over the bar. PSV took the lead in the tenth minute. Mauro JR won the ball on the left flank and teed up Gakpo who found Mario Götze. The German playmaker got ahead of his marker to tap home the low cross from close range, opening his scoring account for the current season: 0-1

PSV in control
The home side hardly threatened PSV’s well-organised defence. PSV were in full control and slowly built up a number of flowing moves. Jordan Teze played in Ritsu Doan who sent an effort just wide of the post. The Japanese winger had a low shot pushed away by FC Groningen goalkeeper Peter Leeuwenburgh. PSV looked to double the score in the first half but could not convert their half chances. 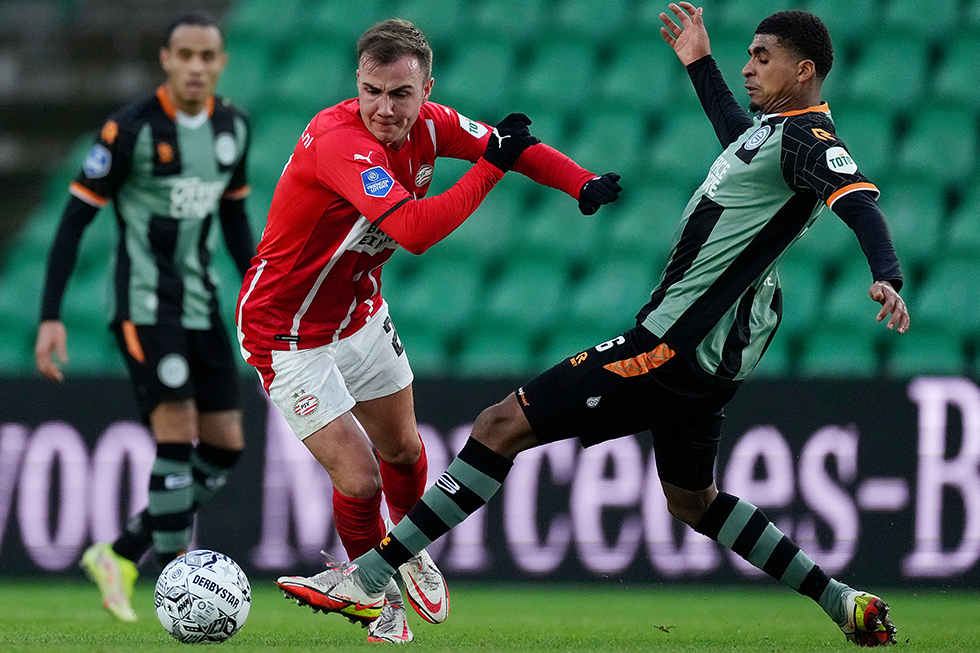 Veerman made PSV debut
The hosts started pressing high on the pitch after the restart and PSV survived a scary moment when former PSV U21 player Laros Duarte hit the bar with a swerving free kick before Teze, helped by Romero, made a goal line clearance. PSV won a number of corners in quick succession and Mauro JT saw a long-range effort headed away. Roger Schmidt made a triple substitution in the 63rd minute, bringing on Bruma, Joey Veerman, who made his PSV debut, and Yorbe Vertessen for Ritsu Doan, Marco van Ginkel and Maxi Romero.

First win in 2022
PSV were leading by a slender margin in the closing stages and the hosts still hoped to snatch a late point. Vertessen played a long ball into the path of Mario Götze but Leeuwenburgh quickly left his line to deny him. PSV created a golden chance with a swift counter attack but Bruma wildly blazed his shot high over the bar. PSV kept their focus and bagged the three points in 2022. They will be top of the table when they play host to Ajax in the Philips Stadion next Sunday. 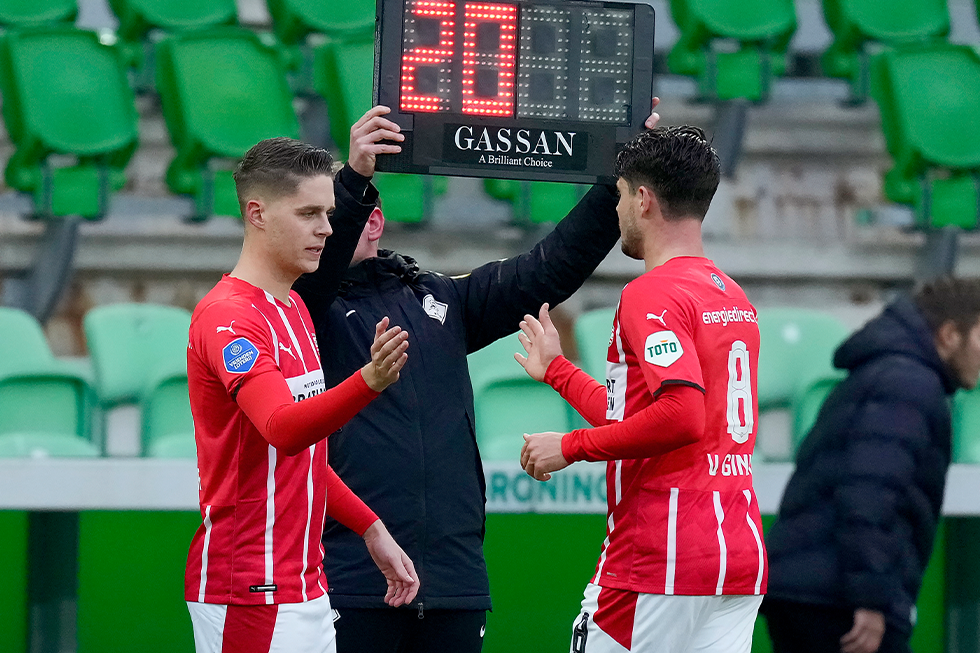