Eran Zahavi scored from the spot in the 13th minute, Noni Madueke was on target after the break and Ryan Thomas added a third to earn PSV a straightforward 3-0 routine win over ADO Den Haag in the Philips Stadion on Sunday afternoon.

Zahavi opens scoring from the spot
Roger Schmidt was forced to improvise with his line-up as a great many players missed the game due to coronavirus. Adrian Fein made his PSV debut, partnering Boscagli in the heart of defence. PSV had most of the ball in the early opening exchanges but could not create any chances of note. They went ahead in the 13th minute when Eran Zahavi tried to wiggle his way into the box. He lost his balance and referee Jochem Kamphuis pointed to the spot. VAR asked him to go to the monitor but after a long look the referee stood by his decision and Zahavi converted the spot kick, opening his PSV scoring account: 1-0.  PSV were the better team and put in a decent first-half display. They had enough chances to take a two-goal advantage in the first half. Mohamed Ihattaren, who delivered a number of fine passes, came close but had three efforts cleared off the line. Donyell Malen had the best goal scoring opportunity but hooked his effort over the bar. 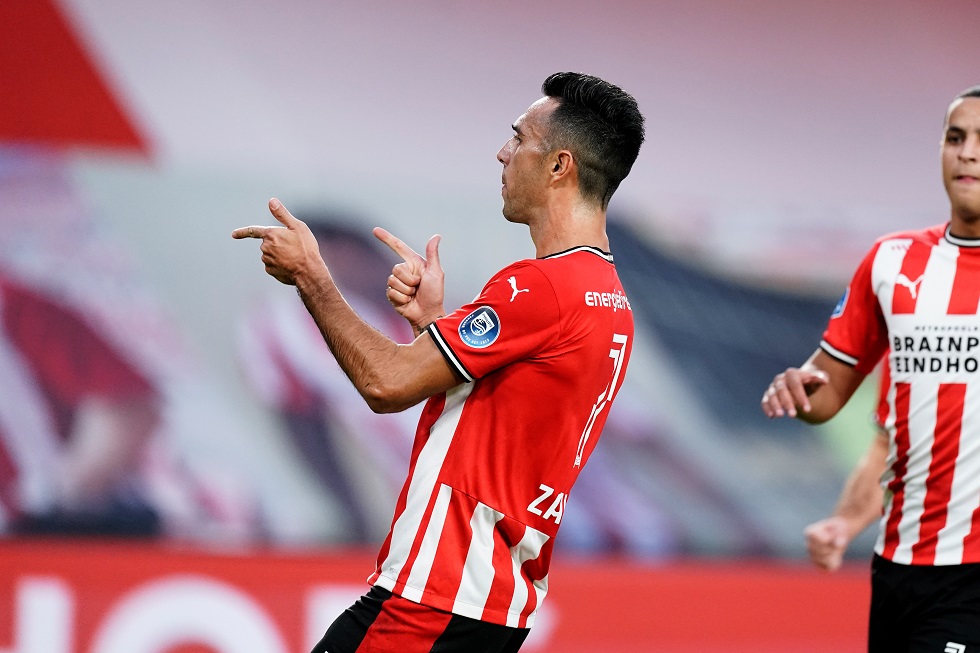 Madueke doubles the lead and Thomas adds a third
Roger Schmidt made two half-time changes, bringing on Noni Madueke for Donyell Malen and Philipp Max for Mohamed Ihattaren. Max took up the left-back slot and Mauro Junior moved up a line. Madueke doubled the lead for PSV six minutes into the second half. Max fed Zahavi and the Israeli striker played in the young Englishman who unleashed a vicious left-footed shot from 20 yards out to the left side of former PSV goalkeeper Luuk Koopmans: 2-0. Mauro made way for Richard Ledezma, who made his PSV debut, with fifteen minutes remaining. The 20-year-old American could have capped his debut with a goal but he just failed to connect with a cross. PSV added a third goal in the 84th minute. Mario Götze hit the bear with a header from Philipp  Max’s cross.. The ball fell to Ledezma who squared the ball for Ryan Thomas, who poked home: 3-0. Two PSV U21 players, Ismael Saibari and Luiz Felipe, made their first minutes for the senior team in the closing stages.  Noni Madueke scored his second and PSV’s fourth goal in the final minute of added time. PSV will return to Europa League action on Thursday when they take on PAOK Saloniki in Greece. 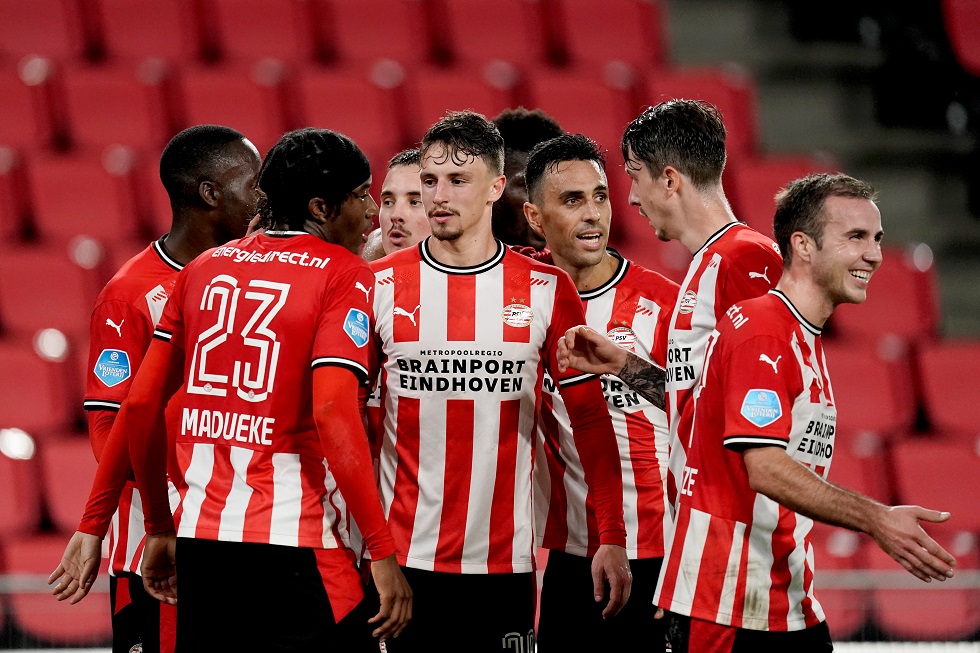