PSV cruise to an empathic 5-0 victory against Fortuna Sittard

PSV comfortably cruised to an emphatic 5-0 victory over Fortuna Sittard in the Philips Stadion on Sunday afternoon. Five different goals scorers, Philipp Max, Ritsu Doan and Eran Zahavi in the first half and substitutes Bruma and Carlos Vinicius after the break, earned a valuable three points for Roger Schmidt’s side.

Early lead
PSV hosted Fortuna Sittard in a sold-out Philips Stadion in round 27 of the Eredivisie campaign. Confidence was high after the resounding 4-0 victory against FC Copenhagen and PSV wanted to build on that. They put pressure on the Fortuna Sittard defence and worked a few good opportunities. Philipp Max sent in some fine crosses from the left wing  and Fortuna Sittard shot stopper Yanick van Osch was called into action when he turned behind Mauro JR’s drive as PSV attempted to force an opener early on. And they did take their early lead when Eran Zahavi produced a glancing header on target in the tenth minute, connecting well with Mario Götze’s cross. Van Osch made a save but the ball fell to Philipp Max who put the rebound away from a tight corner: 1-0.

Two goals in quick succession
The chances continued to come as PSV remained in total control. Joey Veerman saw an effort saved and Ibrahim Sangaré and Ritsu Doan were next to get close but Van Osch pulled off a couple of saves to deny them. PSV doubled their lead in the 39th minute, when Eran Zahavi played a neat one-two with Ritsu Doan. The Japanese winger created some space before turning away from his marker and prodding the second goal: 2-0. Roger Schmidt’s side took a three-goal advantage in the 41st minute. Mauro Jr delivered another inch-perfect and Zahavi was in the right place to head the ball home: 3-0. 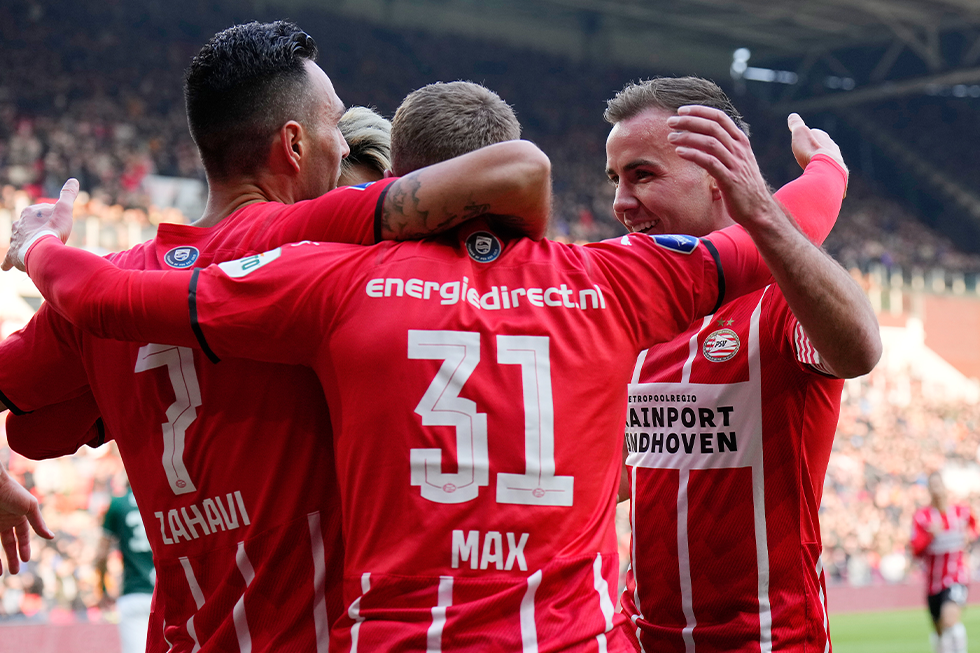 In search of more goals
Fortuna Sittard had little to offer after the break either as PSV patiently went in search of more goals. Mario Götze sent in another sharp cross and Eran Zahavi forced Yanick van Osch to drop low to his left to save his effort. Eran Zahavi found Philipp Max, who looked to score his second goal of the match but the left back could not find the net from a tight angle this time. Lisandro Semedo hit the post for the visitors but PSV were the better side after the break as well in a one-sided game.  Jordan Teze and his partner in the heart of defence Olivier Boscagli were hardly troubled.

New front line
Roger Schmidt made a triple change with 25 minutes remaining, bringing Carlos Vinícius, Noni Madueke and Bruma for Zahavi, Doan and Götze. The attackers in the new front line were eager to get their names on the score sheet and it was Bruma who netted PSV’s fourth goal in the 77th minute. Erick Gutiérrez turned provider with an excellent pass and the Portuguese produced an impeccable finish: 4-0. Carlos Vinícius put the icing on the cake in the 82nd minute, when he was at the end of another well-worked move, set up by Joey Veerman. Five goals, five different goal scorers, three points as the Philips Stadium erupted. Roger Schmidt's men are next in action, after the international break, on Saturday 2nd April when PSV take on FC Twente at the Grolsche Veste. 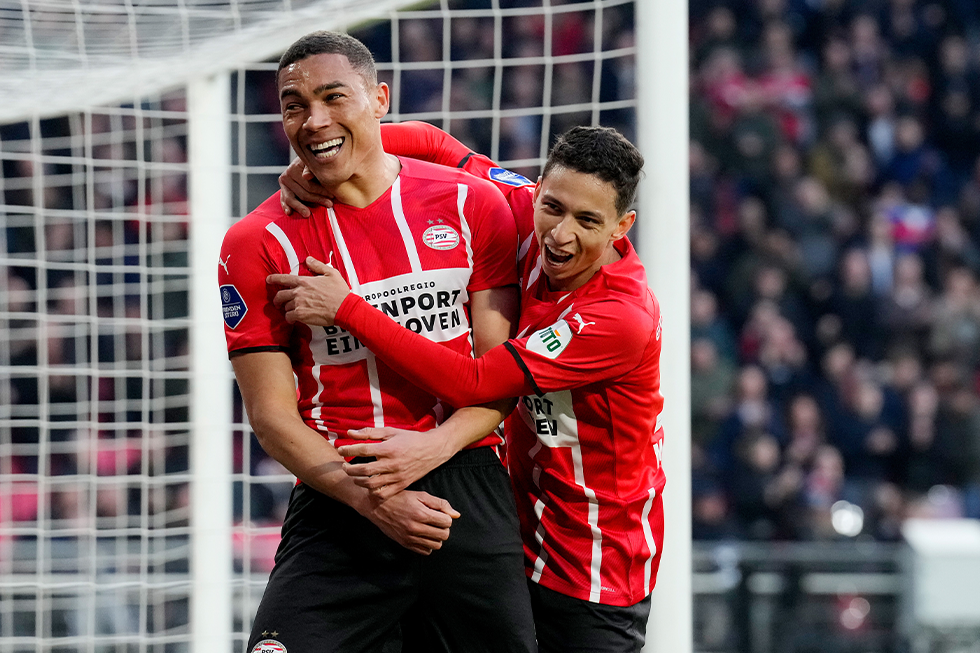