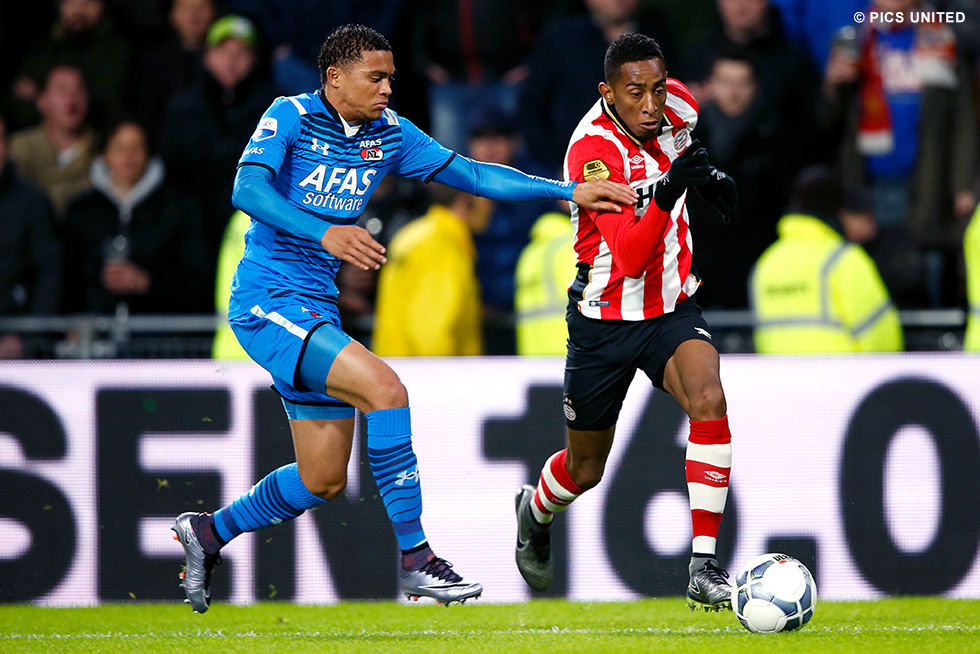 Luuk de Jong scored two first-half goals
PSV started energetically and enterprisingly and took the lead after barely three minutes. Bruma appeared to be heading on target from a corner; it took a deflection off AZ defender Luckassen and went past goalkeeper Coutinho. Bruma celebrated but the opener went down as an own goal: 1-0. It was a goal to remember as it was the 41st time in a row PSV scored at least one goal in a league match. PSV continued to surge forward in numbers and Locadia, at the end of a well-worked move set up by Guardado and Arias, came close but sent his effort over the bar. PSV doubled their advantage in the 15th minute, when Luuk de Jong found the back of the net after some neat build-up play from his team-mates. Brenet cut into the box and found De Jong who guided a deft header into the corner past the stunned Coutinho: 2-0. Pereiro was thwarted by the AZ shot stopper on 25 minutes but thought he had added a third goal seconds later. However, he saw the linesman raise his flag, meaning his effort was disallowed for offside. At the other end, PSV survived a scare when Moreno almost fired into his own net, but Zoet came to the rescue, pulling off a fine reflex save. Locadia had a chance to make it three on 32 minutes. He controlled Pröpper´s excellent pass well, but Coutinho made a save to deny the forward. PSV were all over the place and took a three-goal advantage four minutes before the half-time whistle went. The AZ defence was torn to pieces when Pereiro made a wonderful mazy run past AZ defenders and captain Luuk de Jong just could not miss from close range, scoring his thirteenth goal of the season in fourteen matches: 3-0. 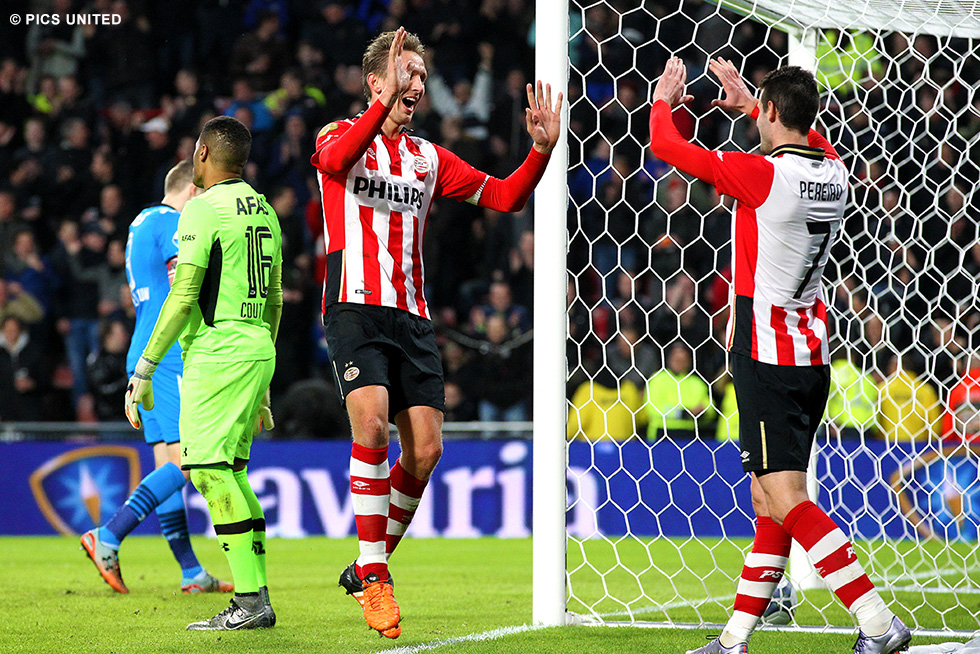 Second half less action packed than the first
Things got worse for AZ after the break. Defender Luckassen was rightly shown a straight red card for swinging his hand back to De Jong fifteen minutes into the second half. The second half was less action packed than the first. PSV thought it was game over, while ten-man AZ could not produce any goal threat. Brenet came close when he unleashed a powerful shot in the closing stages, only to see it come back off the bar.