PSV left it late to claim a 2-1 win against Willem II at the Philips Stadion on Saturday evening. Robert Braber opened the scoring for the visitors, but Jurgen Locadia and Memphis Depay scored two late goals to secure PSV´s seventh Eredivisie victory in a row.

Lamprou pulled off string of saves
Although PSV were trailing 0-1 at half-time, they were not inferior to Willem II in the first period at all. The visitors from Tilburg owed much to their goalkeeper Kostas Lamprou, who pulled off a great number of saves to keep his side in the game. Memphis Depay, Karim Rekik and Georginio Wijnaldum warmed the hands of Willem II´s custodian with early shots. Memphis delivered a fine cross that found Wijnaldum, who directed a glancing header on target, but Lamprou made another reflex save to deny PSV´s captain. The visitors broke the deadlock in the 30th minute from their first meaningful chance when referee Tom van Sichem awarded them a corner. Robert Braber got ahead of his marker to head home the opening goal at the near post: 0-1. PSV tried to restore parity before the half-time whistle and they were close when Memphis saw his free kick palmed away for a corner and a defender cleared the ball from danger in the nick of time. 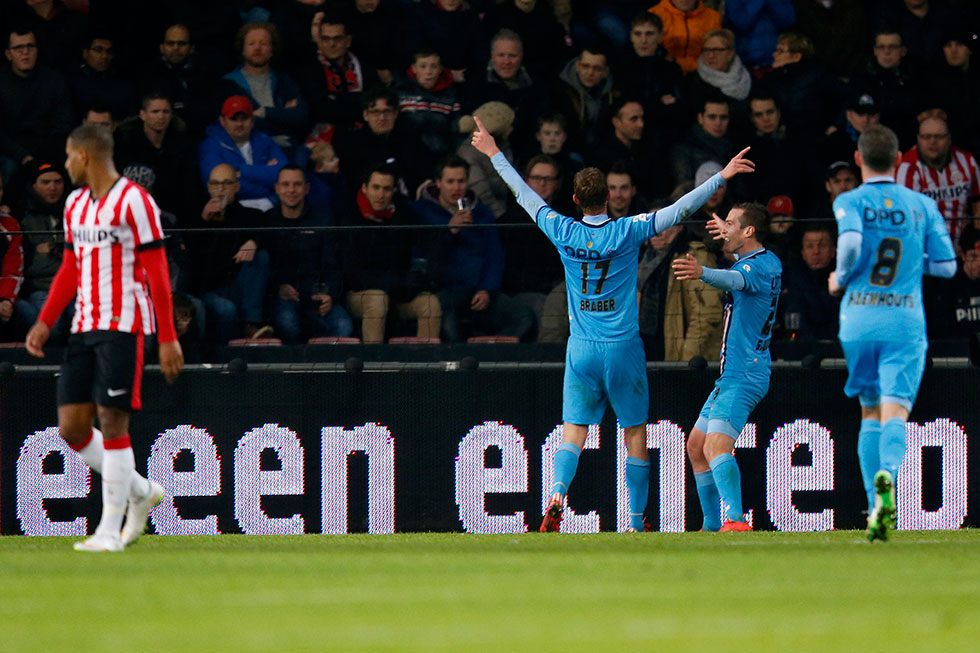 PSV struck twice in the closing stages
PSV came out of the blocks quickly after the break and put pressure on the Willem II defence. Luuk de Jong had a chance in the 67th minute when Rekik played a long ball but PSV´s striker up front glanced his header just wide. With twenty minutes remaining, Cocu brought on Jürgen Locadia as a substitute in a bid to bolster his attack and the substitution paid off soon. Five minutes later, Locadia was brought down in the box by Kostas Lamprou, who was shown a yellow card, but Memphis wildly blasted the resulting penalty over the bar. At the other end, Jerson Cabral had an opportunity to kill off the game for Willem II but he only hit the post. It was all square again in the 84th minute, when Locadia beat Lamprou with a vicious shot from the edge of the penalty area: 1-1. And barely three minutes later, the Philips Stadium erupted when Memphis made amends for his penalty miss. A cross was flicked on by De Jong and the ball fell to Memphis who fired home from close range:1-1. There was no time left for Willem II to bounce back as PSV collected their seventh straight Eredivisie win. 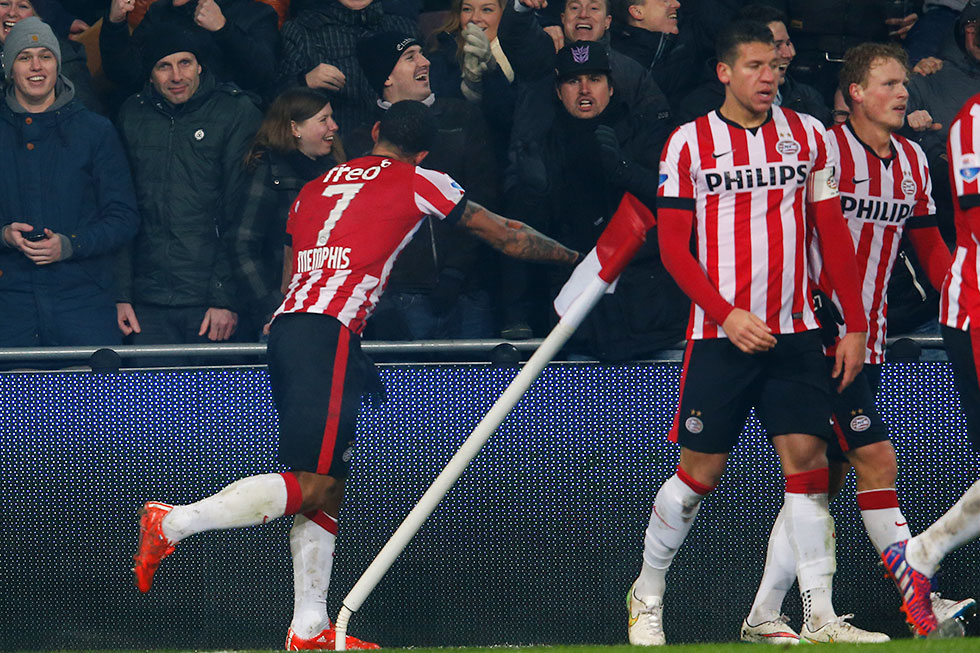