PSV maintained second spot in the Eredivisie. They claimed a comfortable 3-0 win over Heracles Almelo in the Philips Stadion on Sunday afternoon, thanks to first-half goals from Donyell Malen and Denzell Dumfries and a superb strike from Mohamed Ihattaren in the dying seconds.

Malen and Dumfries give PSV a 2-0 lead at half time
Ibrahim Sangaré started on the bench and Olivier Boscagli moved up a line to replace the Ivory Coast international in midfield. The Frenchman made his mark, delivering the assists for PSV’s two first-half goals. Roger Schmidt’s side enjoyed dominance of possession early on and deservedly took the lead in the ninth minute. Boscagli found Malen, who got ahead of his marker Marco Rente and slammed home at Janis Blaswich’s near post after wiggling into a bit of space: 1-0. PSV completely controlled first-half proceedings and created chances to further extend their advantage. Denzel Dumfries made it two in the 21st minute. Boscagli swung in a sweet cross and PSV’s captain turned up at the right hand post, producing a downward header that left Blaswich with no chance: 2-0. Heracles had little to offer but Buitenzorg, left unmarked, forced Yvon Mvogo into a reflex save. 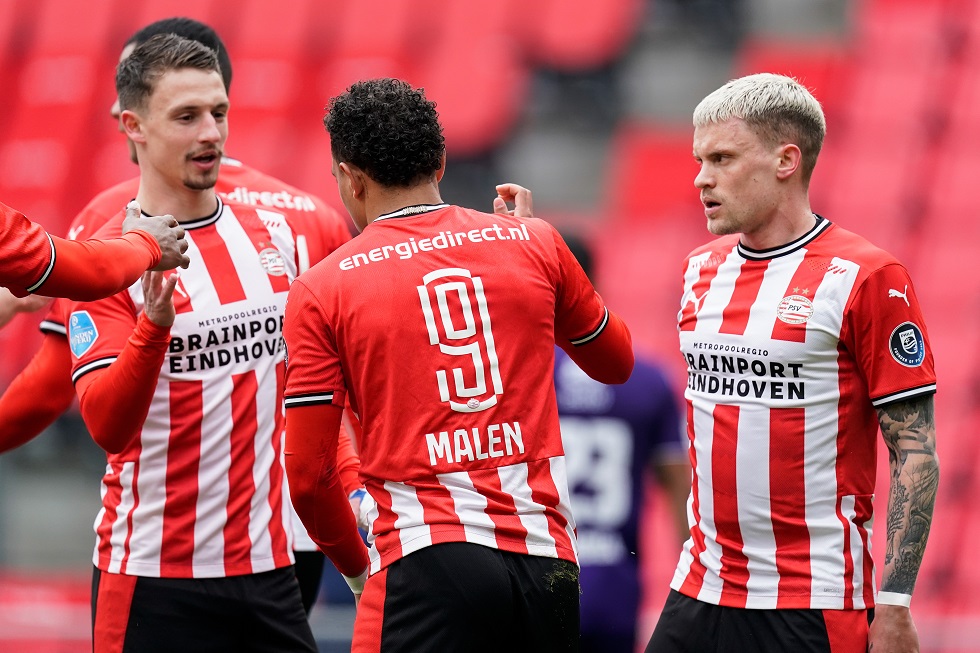 Ihattaren puts icing on the cake
PSV leaned back after the break and dominated the game. Gakpo had a chance to get his name on the score sheet but flicked his shot straight at the keeper. Schmidt made a double substitution with fifteen minutes remaining, with Malen and Zahavi making way for Mohamed Ihattaren and Noni Madueke. The result was never in doubt and Ihattaren had the final say. He put the icing on the cake when he beautifully curled a left -footed shot from just outside the edge of the penalty area into the top-left corner: 3-0. PSV are now level with AZ. Roger Schmidt’s team have 58 points from 28 games but are second on goal difference. They will return to league action next week Sunday when they face VVV-Venlo. 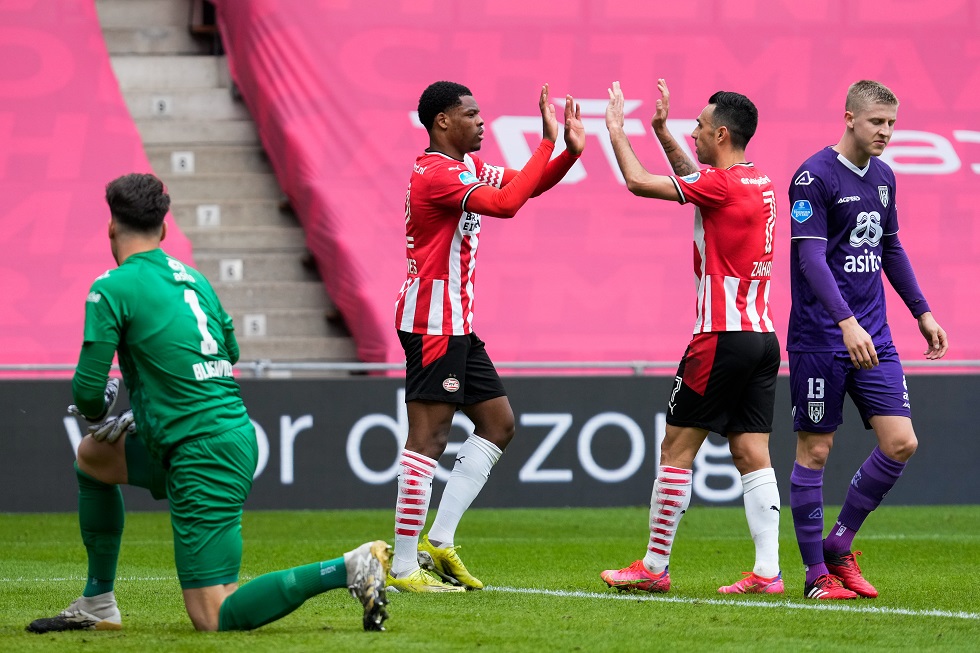