PSV came from behind to beat Feyenoord 3-1

PSV came from behind to beat Feyenoord 3-1 in the first big game of the new season in the Philips Stadion on Sunday afternoon. Phillip Cocu´s side conceded an early goal but fought back strongly to claim a deserved 3-1 victory, thanks to goals from Lestienne, Arias and Locadia. PSV have now reduced the gap with the Rotterdam outfit to one point.

PSV failed to convert first-half dominance into goals
PSV got off to a poor start of the game and were a goal down after just four minutes. Bilal Basaçikoglu delivered a sharp cross from the right and PSV centre back Jeffrey Bruma scored an unfortunate own goal when he attempted to clear the ball: 0-1. PSV were not impressed and took command of the game. Kenneth Vermeer was by far the busier of the two goalkeepers and made a couple of saves to deny Maxime Lestienne and Luciano Narsingh, while De Jong blasted the ball over the bar when he was played clean through. 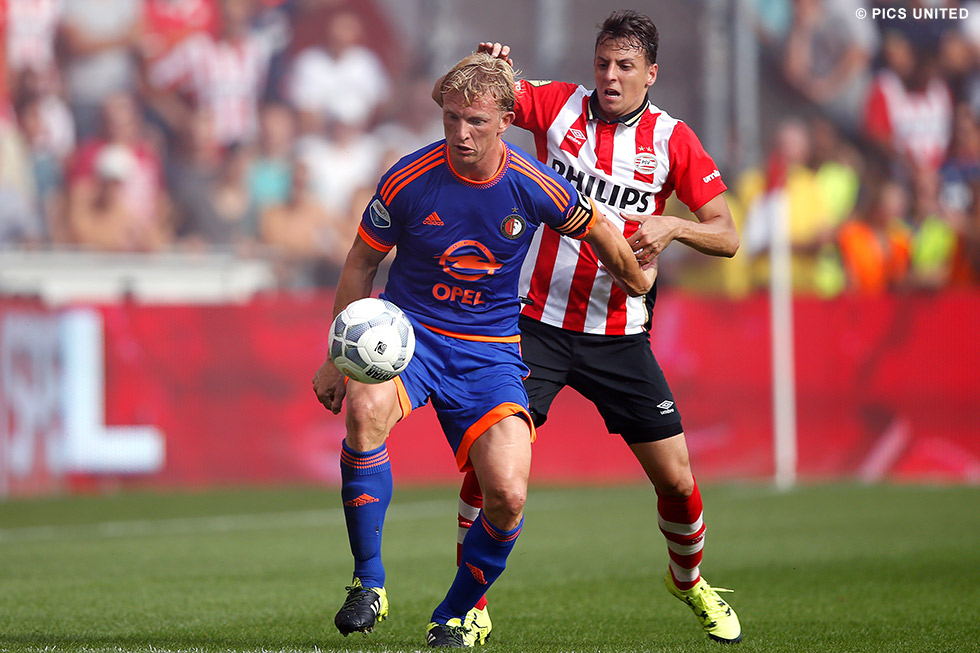 Maxime Lestienne scored equaliser
PSV were rewarded for their dominance, drawing level on 37 minutes. Davy Pröpper sent in an inviting pass to Lestienne and the Belgian winger kept his cool and fired home 1-1. Minutes later, Lestienne had a chance to put PSV on top but Vermeer made a fine reflex save to thwart him. 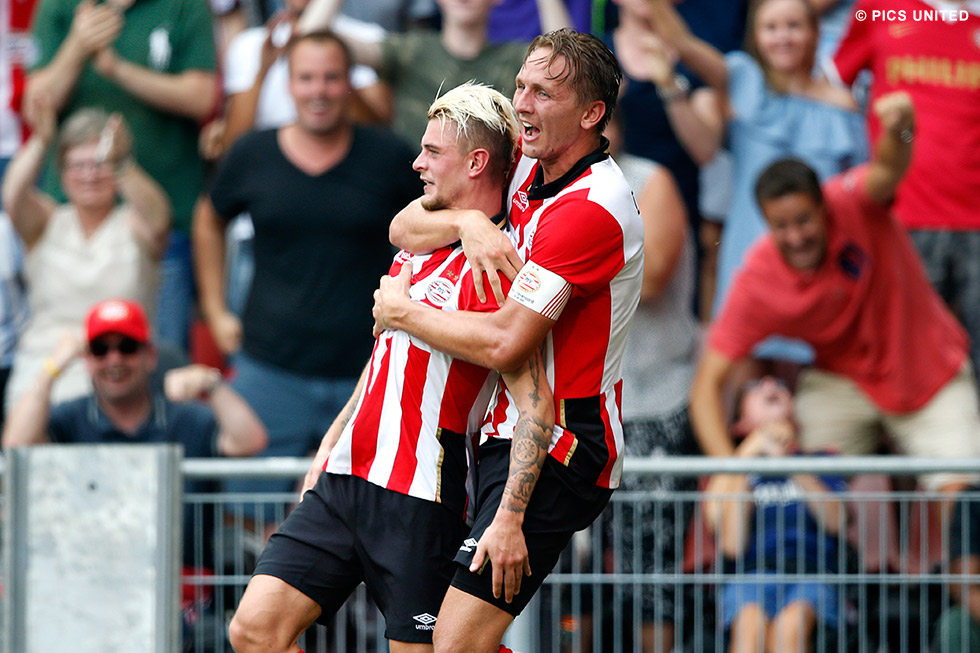 PSV fought back to claim a 3-1 victory
PSV went in search of a win after the restart and it did not take long for them to take the lead. Right back Santiago Arias was at the end of a well-worked move and controlled Luciano Narsingh´s fine pass before slotting it home in the 50th minute: 2-1. PSV then leaned back and Feyenoord created some good goalscoring opportunities but Jeroen Zoet kept his side in the game by pulling off great saves to deny Basaçikoglu and substitute Kramer. With ten minutes remaining, PSV won a penalty when Elia pulled down Davy Pröpper in the box. Referee Kuipers pointed to the spot at the advice of his assistant referee and Jürgen Locadia, who had replaced Narsingh four minutes before, stepped up to coolly convert the spot-kick and make sure of PSV´s 1200th Eredivisie victory.