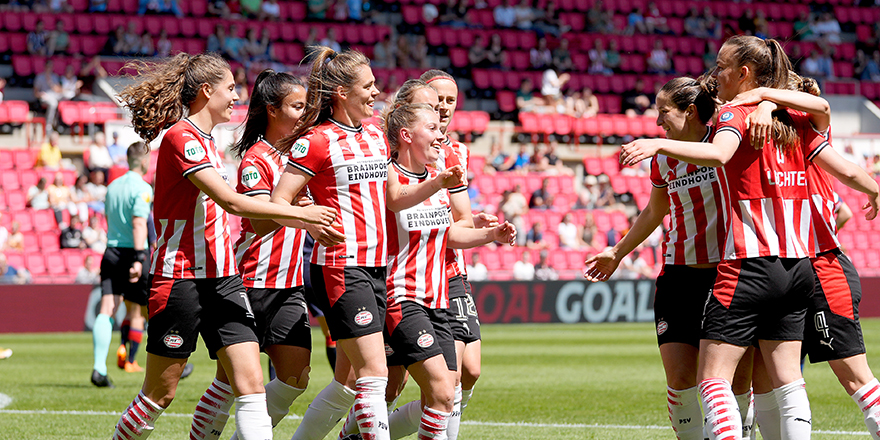 PSV have booked a UEFA Women’s Champions League group stage place for the second time in a row following a 2-1 win over FC Twente in the Philips Stadion on Sunday afternoon.

Fans return to Philips Stadion
PSV fans were allowed to return to the Philips Stadion and they made their presence felt as PSV burst out of the blocks. Joëlle Smits opened the scoring for Rick de Rooij’s team in the tenth minute with a glancing header: 1-0. PSV Women enjoyed the bulk of possession and dominated first-half proceedings but the visitors leveled against the run of play in the 16th minute. Smits created danger up front with her pace and movement but PSV could not convert their dominance into goals in the first half.

Capitalised on defensive slip
Spring was in the air and with the sun shining brightly, the teams could not continue their high-tempo game after the break. The visitors had a great goal scoring opportunity on 65 minutes but Sari van Veenendaal pulled off a tremendous reflex save to keep PSV in the game. The winning goal was scored in the 73rd minute by Kayleigh van Dooren who capitilised on a defensive slip to tap home from close range: 2-1. Finishing the season in second place, PSV Women booked a place in the UEFA Women’s Champions League group stage. They look to win their first trophy next week when they face ADO Den Haag in the KNVB Beker Final in Almere.