Dennis Haar’s PSV U21 side ended the year 2018 on a high. Joël Piroe scored four goals to help his team to an emphatic 5-2 win over Almere City at De Herdgang training facilities on Friday night.

Piroe strikes first-half brace
PSV U21 and Almere City looked to be a tight game between two well-matched teams. The visitors had the better chances in the early opening stages but PSV U21 took the lead on 26 minutes when Joël Piroe, at the end of a well-worked move, prodded home the opener: 1-0. They doubled the lead in the 39th minute. Zakaria Abouhklal rounded his marker before playing in Cody Gakpo with a subtle through ball. Gakpo, not for the first time this season, kept his composure to slot a cool finish past Almere City’s goalkeeper: Plattel 2-0. It was Gakpo’s eleventh goal in his last six official games. It was 3-0 at half time after Piroe had netted his second goal of the match in the 45th minute. 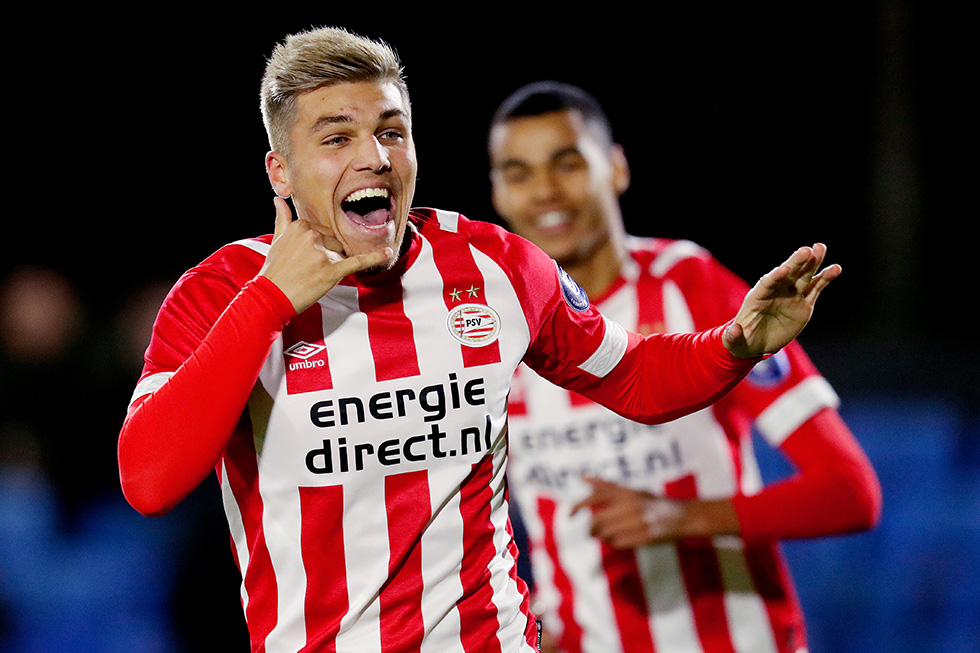 Piroe joins list of four-star shooters Piroe completed his hat-trick straight after the restart, when Plattel fumbled a tame shot from Piroe into the net: 4-0. PSV U21 wanted more and Piroe made it five on 54 minutes. Then they took their foot off the pedal and Hunte and Efmorfidis restored some pride for the visitors, scoring a consolation goal on 83 and 88 minutes.

PSV U21 will be next in action after the winter break on Sunday 13 January when they take on their Ajax counterparts.