PSV head coach Phillip Cocu discussed his side’s inconsistent results during his press briefing ahead of Sunday’s Eredivisie encounter at home to AZ. He also delivered an update about Maxime Lestienne, who may return to training next week. “We will provide the necessary support as much as we can and hope to welcome him back at training some day next week.”

PSV did not come through the Manchester clash unscathed
Phillip Cocu experienced a  week of mixed results: two precious points dropped in a 2-2 draw with Willem II and a good result against Manchester United in their UEFA Champions League campaign. PSV did not come through the clash in England unscathed and suffered injury blows. Luciano Narsingh limped off the field with a hamstring injury and Jorrit Hendrix was also taken off after he had sustained an injury. “Narsingh is ruled out for Sunday’s game and Hendrix was absent from training on Friday morning. We will see tomorrow if he is fit to start”, said Cocu. 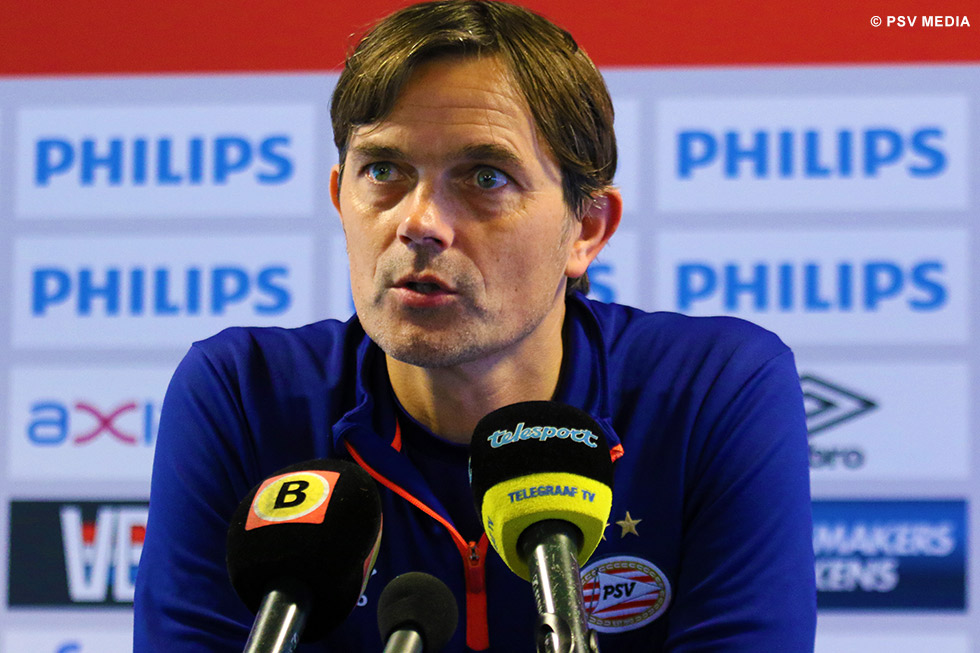 Cocu: ´Increase consistency´
Cocu also commented on his side’s inconsistent displays. Fine victories against renowned opponents are often followed by poor performances. PSV´s head coach said that the players work hard to improve in that aspect. “We hope to see a PSV side that puts in a spirited and passionate display, similar to what they did against Manchester United. The level we reached on Wednesday should be the standard for each game”, said Cocu. “We frequently play games of two halves, but we must try to kill off the game more quickly. Doubling the lead is often decisive.” AZ played a European game on Thursday, suffering a 1-2 defeat against Partizan Belgrade. Yet PSV must be wary of the threat posed by AZ. “They pick a solid team with creative attacking midfielders. But we will always get chances and must see to it that we will exploit their weak points and use our qualities.”

Maxime Lestienne update
Cocu hopes to welcome back Maxime Lestienne at training at De Herdgang training facilities soon. The Belgian goes through some hard times. “We try to provide the necessary support. A number of formalities have to be completed but Maxime is looking forward to return to training with us some day next week.”