PSV U21 were inspired by a Bart Ramselaar double as they took a 4-2 lead against N.E.C. but the title contenders came from behind to share the spoils in a 4-4 thriller on Friday night.

Ramselaar
Yanick van Osch was the busier of the two goalkeepers in the opening stages of the game and was called into action a number of times. Dari had already hit the post before Braken capitalised on poor defending and tapped home the opener from close range on ten minutes: 1-0. PSV U21 had their first chance on the half-hour mark when N.E.C goalkeeper Alblas pushed Bart Ramselaar’s effort out for a corner. The agile midfielder steered a shot just wide of the post one minute later but the goal fell at the other end when Braken scored his second goal of the match in the 39th minute. 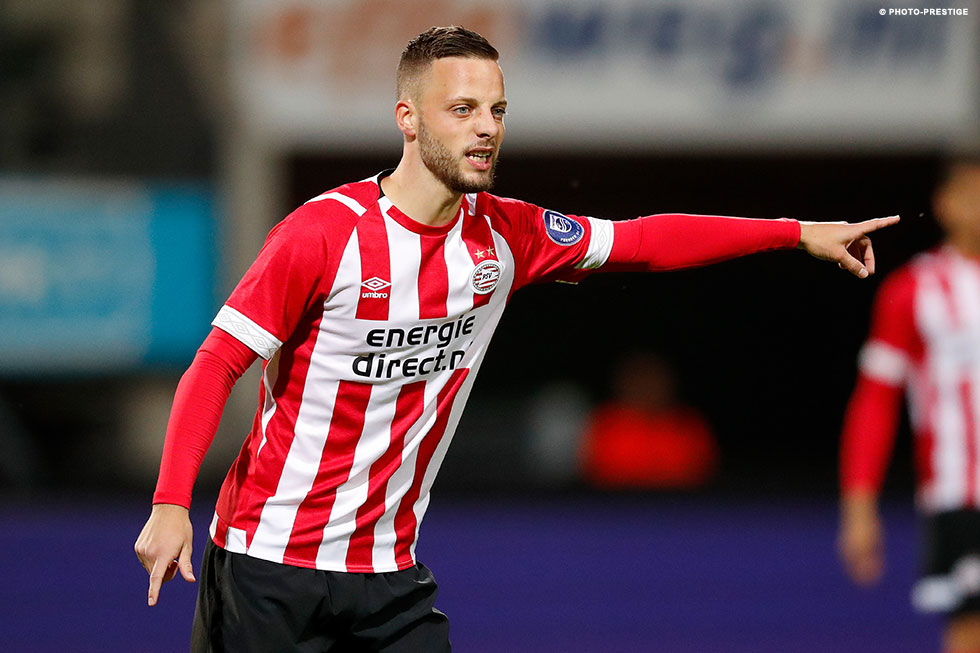 Bart Ramselaar made his PSV U21 debut against N.E.C.

Stunning comebacks
It was all square when the half-time whistle went. Matthias Verreth reduced the deficit with a shot that took a deflection and Joël Piroe rifled an unstoppable thunderbolt past Alblas and into the top corner in the dying seconds of the first half: 2-2. Neither team succeeded in creating any real chances after the break but the game sparked into life again in the final fifteen minutes. Dirk Abels burst down the right flank and found Bart Ramselaar who slotted home on 73 minutes: 2-3. Ramselaar made it 2-4 with a strike from 20 yards out in the 81st minute but the sting was in the tail. Romeny handed N.E.C. a lifeline on 85 minutes and Kvida salvaged a point for the hosts with an injury-time goal. FT: 4-4.