PSV recorded a 0-3 win over PEC Zwolle in the MAC³PARK stadium on Sunday afternoon. PSV were already leading 3-0 at half-time after an entertaining first half, thanks to goals from Götze, Gakpo and Malen. Mvogo saved a penalty. The second half was less attractive, with neither team creating any chances of note.

A 3-0 lead at half-time
Mario Götze and Ibrahim Sangaré made their full PSV debuts, while Timo Baumgartl replaced Jordan Teze in the heart of defence. Mauro Junior partnered Donyell Malen up front, with  Gakpo and Götze providing support from the wings. Debutant Mario Götze made an instant impact. It took him 8 minutes and 4 seconds to open his PSV scoring account. A poor backward pass was intercepted by the German star who confidentially tapped home from close range: 0-1. Roger Schmidt’s team doubled their lead in the 18th minute. PSV started a swift counter attack, involving Mauro Junior, Malen and Max, who cut the ball back for Cody Gakpo who finished from six yards out: 0-2. At the other end, Yvon Mvogo made a superb reflex save on Jesper Drost’s free header. The home side had a great opportunity to pull a goal back in the 31st minute. Timo Baumgartl slipped and brought down Reza Ghoochannejhad and referee Danny Makkelie pointed to the spot. Ghoochannejhad stepped up but saw his penalty saved by Mvogo. Donyell Malen gave PSV a three-goal advantage in the 39th minute. He played in Gakpo, who teed up PSV’s spearhead and Malen slotted home from the edge of the penalty area. HT: 0-3. 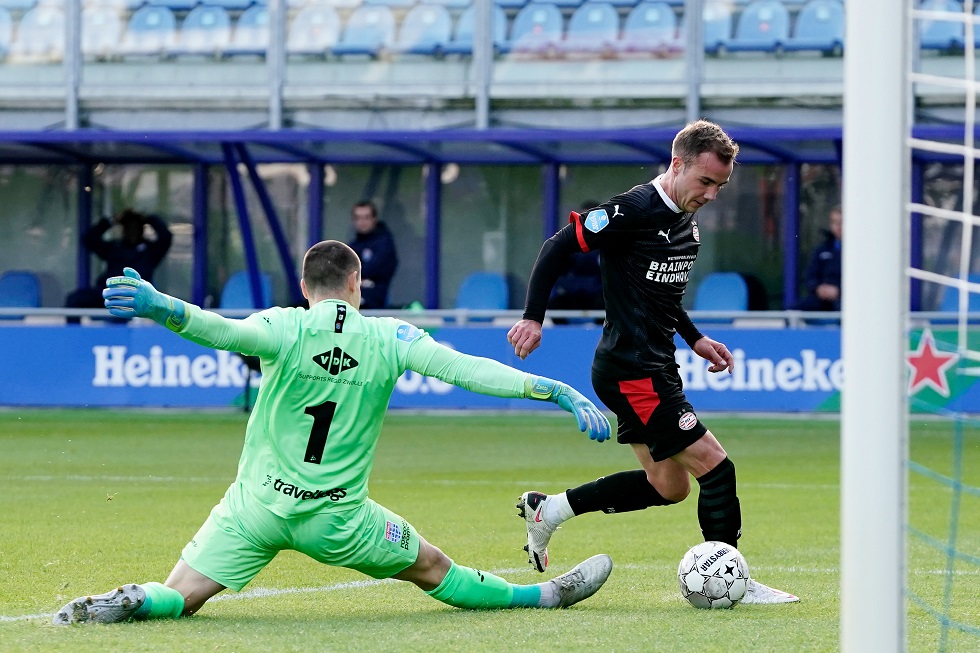 Uneventful second half
The second half was a rather uneventful affair. PSV took their foot off the pedal after the break while the home side never threatened PSV’s defence. Roger Schmidt made a double substitution on 67 minutes, bringing on Mohamed Ihattaren for Mario Götze and Noni Madueke for Mauro Júnior. Adrian Fein came off the bench with four minutes remaining to make his PSV debut. PSV have moved to the top of the Eredivisie table, with13 points from five games. They will be next in action on Thursday when they host Spanish Granada at the Philips Stadion in their UEFA Europa League Group E opening fixture 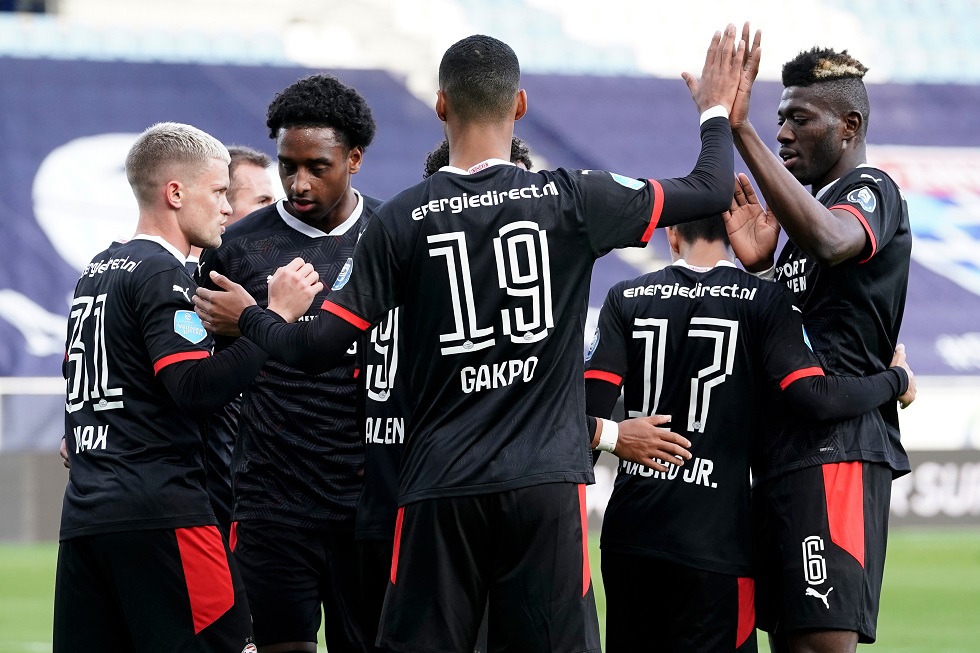