Malen and Zahavi down FC Twente 3-0

PSV closed down the gap with leaders Ajax to four points after claiming a convincing 3-0 win over FC Twente in the Philips Stadion on Saturday afternoon.

Eran Zahavi
Malen put PSV ahead on the half-hour mark. Max found Zahavi whose shot was half cleared by keeper Joël  Drommel into the path of Donyell Malen who tapped the ball into the empty net, taking his goal scoring tally for the season to ten. Zahavi doubled PSV’s lead eight minutes later with a genuine team effort goal: Donyell Malen played in Denzel Dumfries on the right wing. PSV’s captain squared the ball to Zahavi. The Israeli striker controlled the ball well and kept his composure to slot home: 2-0. Ihattaren, who worked hard and put in a string of lovely passes, forced Drommel into a fingertip save. 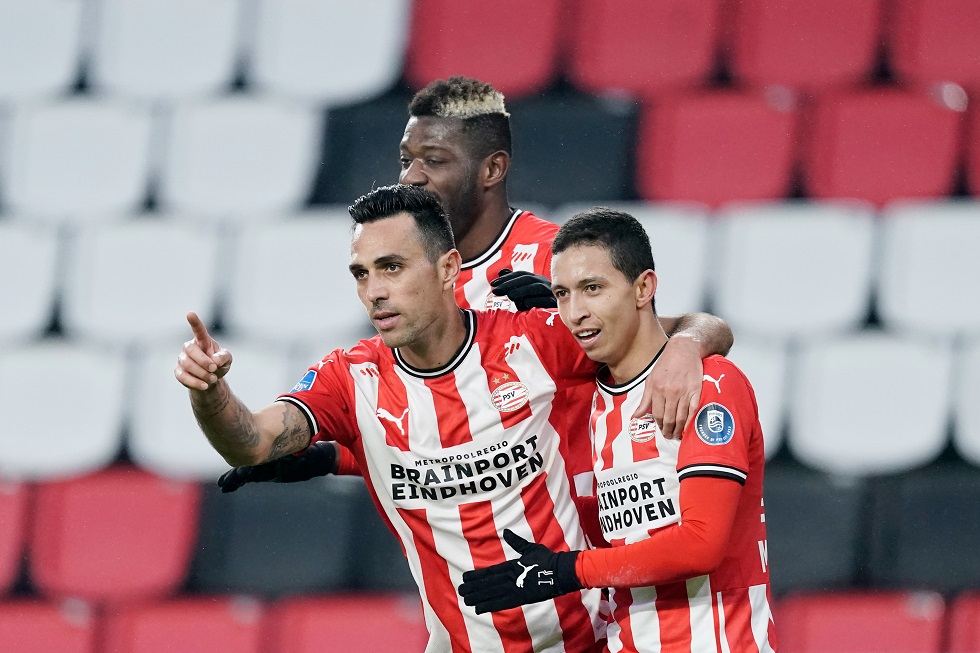 Donyell Malen
PSV did not lean back after the break and surged forward in search of a third goal to put the game to bed. Roger Schmidt’s team took a three-goal advantage eight minutes into the second half. Mohamed Ihattaren provided the assist and Malen did well to wriggle his way free before blasting home his second and PSV’s third goal of the afternoon. It was game, set and match. FC Twente’s Serbian midfielder Luka Ilic was shown a straight red card with fifteen minutes remaining for a clumsy challenge. PSV created some chances to further extend their lead and Donyell Malen went close to completing a hat trick but Dommel made a reflex save to deny the Netherlands striker.