PSV U21 enjoyed their first win of the season, over AZ U21 on Friday night. Peter Uneken’s side were trailing 2-0 at half time but Richard Ledezma struck twice and had one assist in the second half to stage a stunning comeback and secure a 3-2 victory.

Poor start
PSV U21 were two goals down after barely eleven minutes. Reijnders opened the scoring for AZ U21 on four minutes and Kunst doubled the lead seven minutes later. The visitors created a great many chances in the first half but a forward rattled the post, while keeper Unnerstall pulled off a string of saves. PSV U21 had one chance to reduce the deficit when Soulas’ s header hit the bar on the stroke of half time and Catic sent the rebound straight at AZ U21 keeper De Boer. HT: 0-2. 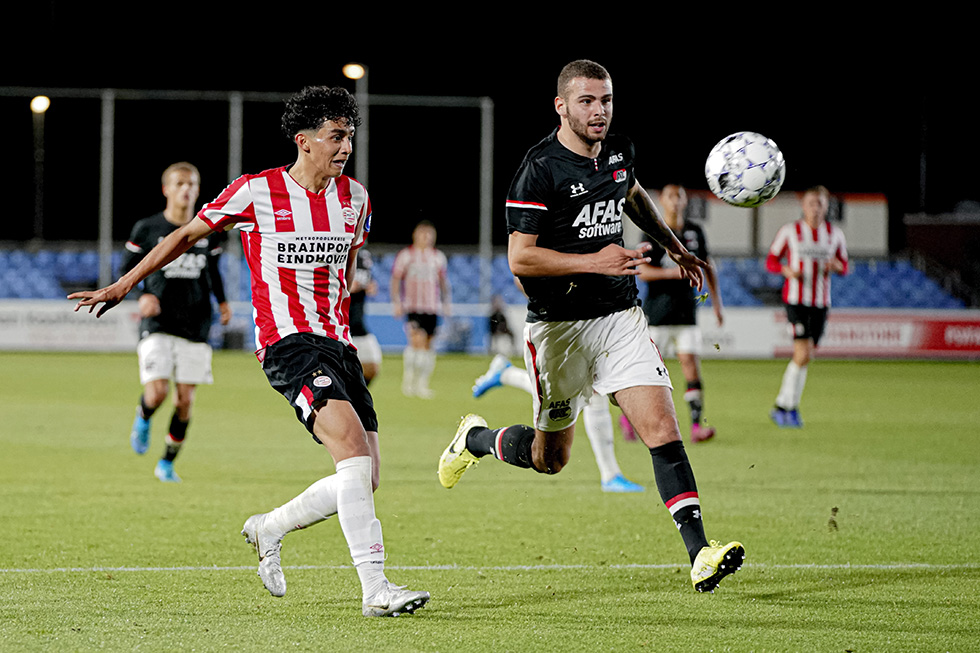 Stunning comeback
Peter Uneken made two changes at half time, brining on Gloster and Ngonge. His team improved after the break and Ledezma gave them fresh hope, scoring a goal in the 65th minute. It was all square on 72 minutes. Ledezma put Catic clean through with a clever pass and PSV U 21’ number nine produced a lob over the keeper and into the left corner of the net: 2-2. PSV U21 completed their comeback with five minutes remaining, with Ledezma lifting the ball over the keeper. Lars Unnerstall became the hero when he saved Mohamed Taabouni’s penalty in the last minute of added time. FT: 3-2.