Sam Lammers’ stunning strike helped PSV U21 to a 2-1 victory over FC Den Bosch in the Jan Louwers Stadion on Monday evening. Dennis Haar’s side made amends for the emphatic defeat they suffered at the hands of FC Den Bosch in this season’s reverse encounter. 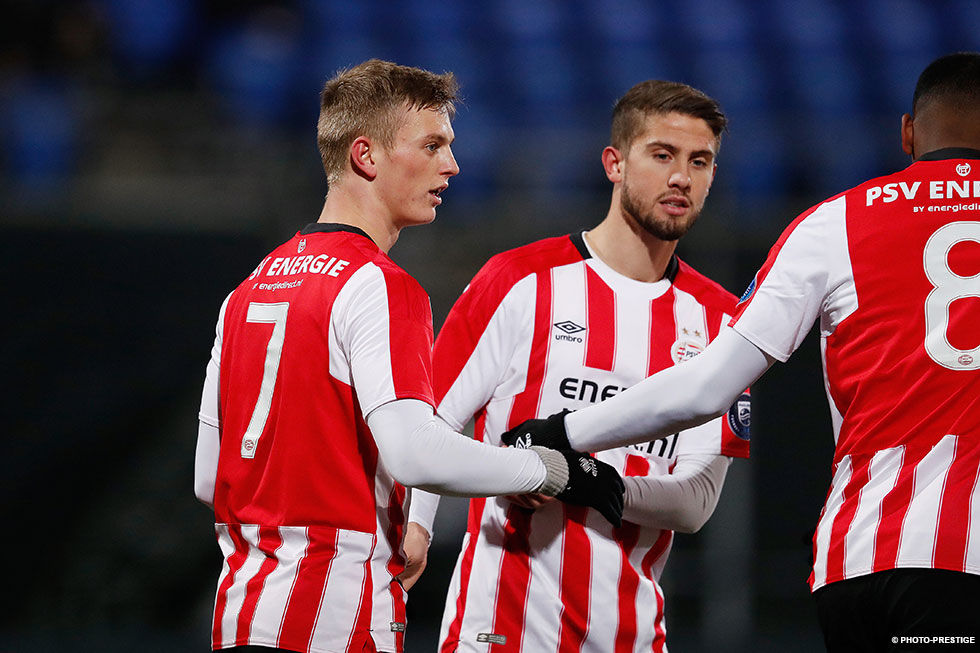 Albert Gudmundsson celebrates opening the scoring from the spot | © Photo-Prestige

Lammers unleashed a smart piledriver
As temperatures dropped below zero, the first chance after the break half fell to Cody Gakpo. He was played clean through ten minutes into the second half, but ,one-on-one with FC Den Bosch keeper Heemskerk, he could not find the back of the net. At the other end, Eloy Room was called into action a couple of times when FC Den Bosch players tried their luck from long range. 62 minutes were on the clock when Sam Lammers put PSV U21 ahead with a piece of pure magic. The striker created some space before unleashing a smart piledriver which left Heemskerk with no chance: 2-1. Lammers then turned provider for Bram van Vlerken, who could put the result beyond any doubt, but the defender’s finish was not accurate enough.