PSV’s Champions League hopes have come to an end on matchday four after a 2-1 loss to Tottenham Hotspur at Wembley on Tuesday night. Captain Luuk de Jong headed home the opening goal in the second minute but Harry Kane bagged a brace in the closing stages , which helped Tottenham Hotspur to a late 2-1 victory.

Dream start
PSV had a dream start, opening the scoring in the second minute in front of 5,000 fans.  They won a corner which was taken by Gaston Pereiro. Luuk de Jong, outjumped four defenders and put a glancing header from ten yards out into the top corner of the net: 0-1. It was his eighth goal in his last ten games for PSV in all competitions.

Zoet pulled off several fine saves
Tottenham Hotspur dominated the first-half and created plenty of chances but PSV defended bravely and goalkeeper Jeroen Zoet was in excellent form. Sanchez flicked on Erikson’s corner on six minutes. The ball fell to Son who headed an effort towards goal but Angelino was on hand to clear the ball off the line. Lucas Moura started a mazy solo run on 22 minutes, beating three players but Zoet stuck out a foot to deny him. Zoet again kept PSV in the game five minutes later, making a double save. Erikson could not find a way past Zoet and Alli fired the rebound straight at the PSV custodian. Alli had another chance to level the score on 36 minutes when a long ball from Alderweireld fell into his path but Zoet pushed his effort away. 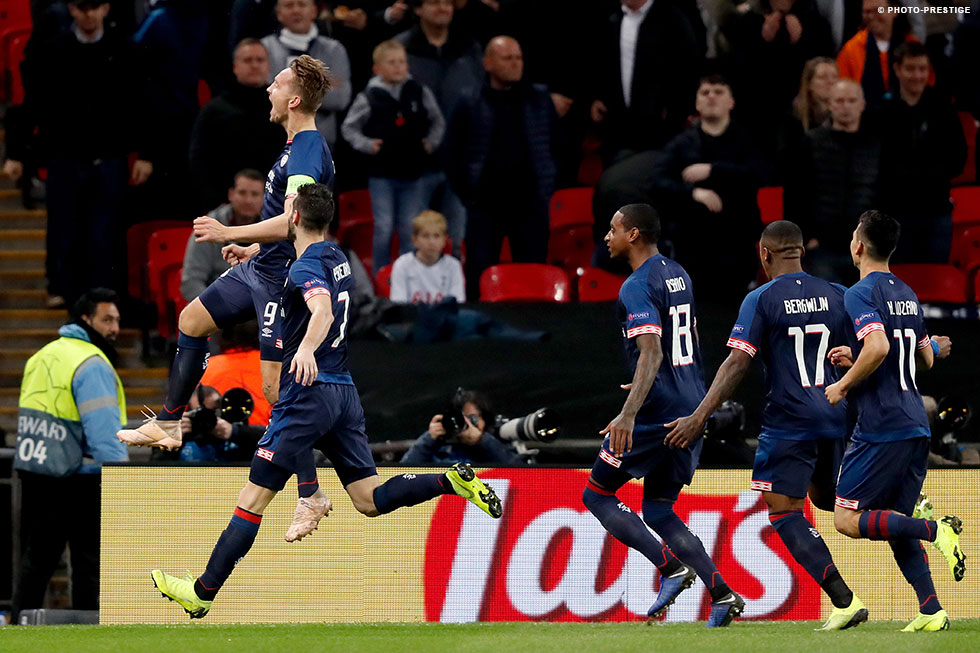 Fought like lions
PSV also fought like lions after the break, throwing bodies forward and blocking shots. The hosts could not open up PSV’s defence while Pereiro brought out a save form Gazzaniga, who palmed away his header from Lozano’s corner on 56 minutes. Tottenham Hotspur again enjoyed the bulk of possession but PSV held on as Spurs pushed for an equaliser. Harry Kane, inevitably, came to the rescue, putting Spurs back on level terms on 78 minutes. Kane flicked on a cross, Llorente held it up and Zoet could not keep Kane’s bouncing shout out: 1-1.

Harry Kane scores 89th-minute winner
PSV were hanging in the ropes and Mark van Bommel replaced Luuk de Jong for Australian defender Trent Sainsbury on 81 minutes. PSV were pegged back but at the other end substitute Donyell Malen suddenly had a glorious chance to regain the lead for PSV. His first touch was great but he fired straight at Gazzaniga. One minute later, Llorente found some space but he sent his header straight at Zoet. With one minute of official time remaining, PSV conceded a second goal and it was again Harry Kane who his name on the score sheet, for the thirteenth time in thirteen Champions League matches. Davies sent in a cross and Kane’s header took a deflection of Saintsbury before it crossed the line: 1-2. 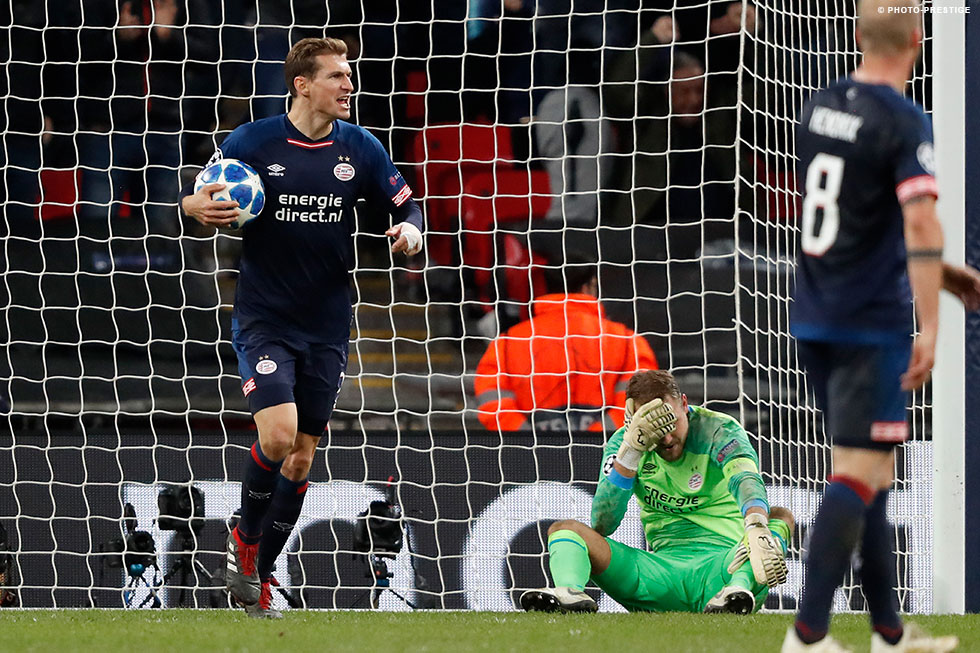