Jong PSV fell to a 1-3 defeat against FC Oss in the Jan Louwers Stadion in Eindhoven on Monday evening. Ritzmaier scored Jong PSV´s only goal.

Ritzmaier made the breakthrough for Jong PSV
Jong PSV played host to FC Oss in the Jan Louwers Stadion on Monday evening. Darije Kalezic´s side had some half chances in the early exchanges and Quekel came close to opening the scoring twice. Fosu-Mensah was one-on-one with Bertrams following a defensive slip, but the Jong PSV goalkeeper saved well. The visitors had also chances to break the deadlock on the stroke of half-time but Bertrams again pulled off saves to deny them. Ritzmaier made the breakthrough for Jong PSV in the final minute of first-half injury time. After an exchange of passes the ball fell to the Austrian who fired high into the net. Half-time score: 1-0. 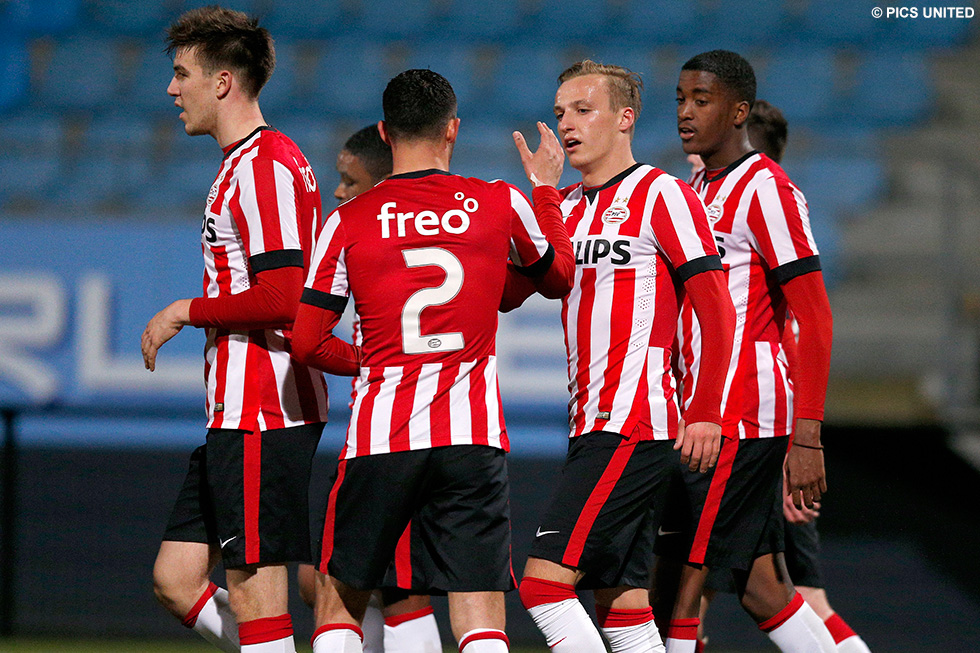 Marcel Ritzmaier made the breakthrough for Jong PSV | © Pics United

Jong PSV concede three goals after the break
Straight after the break  Marquet had a chance to double Jong PSV´s lead but saw his effort parried wide by the FC Oss shot stopper. FC Oss were back on level terms three minutes into the second half. Jesse Bertrams  made a save but Bakx pounced on the rebound: 1-1. The visitors took the lead for the first time through Sanusi who worked himself some space before firing into the roof of the net in the 52nd minute: 1-2. It was virtually game over on 67 minutes when Opoku beat Bertrams for the third time: 1-3. Luković had a slender chance to reduce the deficit as Jong PSV slipped to a home defeat to FC Oss, following a rather poor second-half display.