Hendrix hit a late winner and set a new record

Jorrit Hendrix hit the late winner as PSV recorded a 1-0 win at the GelreDome against Vitesse on Saturday evening. It was a very special goal as PSV are the first club to have scored at least one goal in an Eredivisie match for the 42nd time in a row.

PSV dominated the early minutes before Vitesse took control
PSV head coach Phillip Cocu named an unchanged side. He saw his team dominate the early minutes, enjoy the bulk of possession and create a number of fair chances. Former Vitesse player Davy Pröpper had the best opportunity when he controlled a cross from Arias on eight minutes and cut into the box but his effort hit the side of the post. The hosts then began to warm into the game and gradually took control. Dominic Solanke and Denys Oliinyk came close, forcing low fingertip saves from PSV keeper Jeroen Zoet 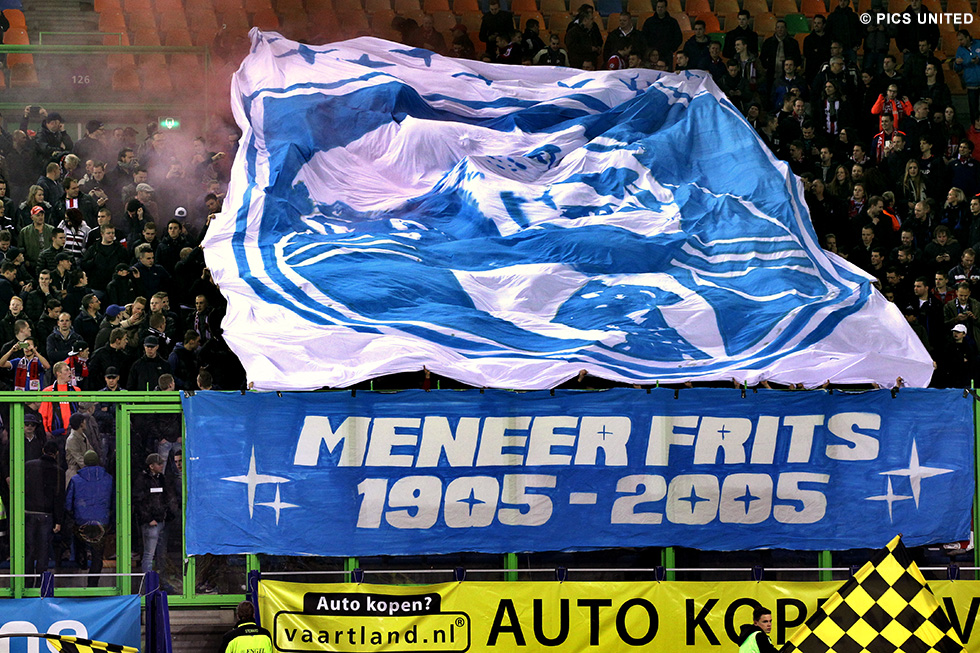 Open game with chances on either end
Zoet was again called into action five minutes into the second half. First he made a save to deny the lively Ibarra before he raced quickly off his line to thwart Kelvin Leerdam. In between, Hendrix had a chance to break the deadlock for PSV, but the midfielder sent his weak effort straight at Vitesse goalkeeper Room. PSV fought themselves back into the game and had a decent penalty appeal waved away by referee Kevin Blom, when Santiago Arias was hauled down in the box. At the other end, Room stretched at full length to palm away Hector Moreno’s header for a corner. 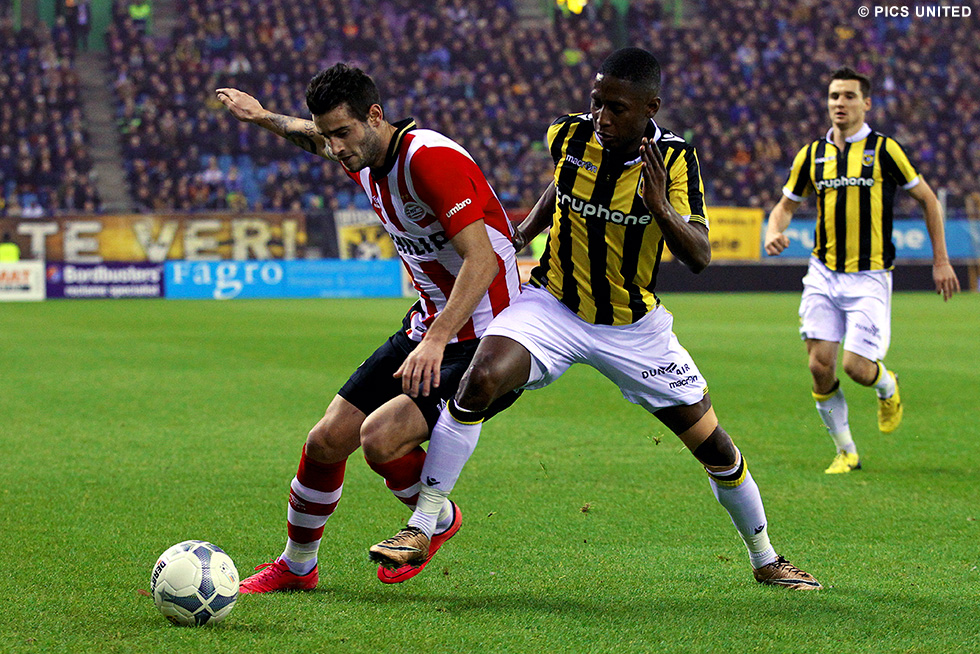 Gastón Pereiro vies for the ball with Kelvin Leerdam, who pulled the Uruguayan’s shirt | © Pics United

Jorrit Hendrix hit a late winner
Vitesse also had a penalty shout rejected by referee Blom after Bruma had handled the ball in the area. PSV were still alive with twelve minutes remaining, when Milot Rashica missed a sitter, with the goal at his mercy. The hosts sent men forward in search of a winner, but instead PSV eventually snatched a late winner.  Luuk de Jong superbly found Jorrit Hendrix at the end of a quick counter attack and, one on one with Room, Hendrix kept his clam and slotted home a low left-footed shot: 0-1 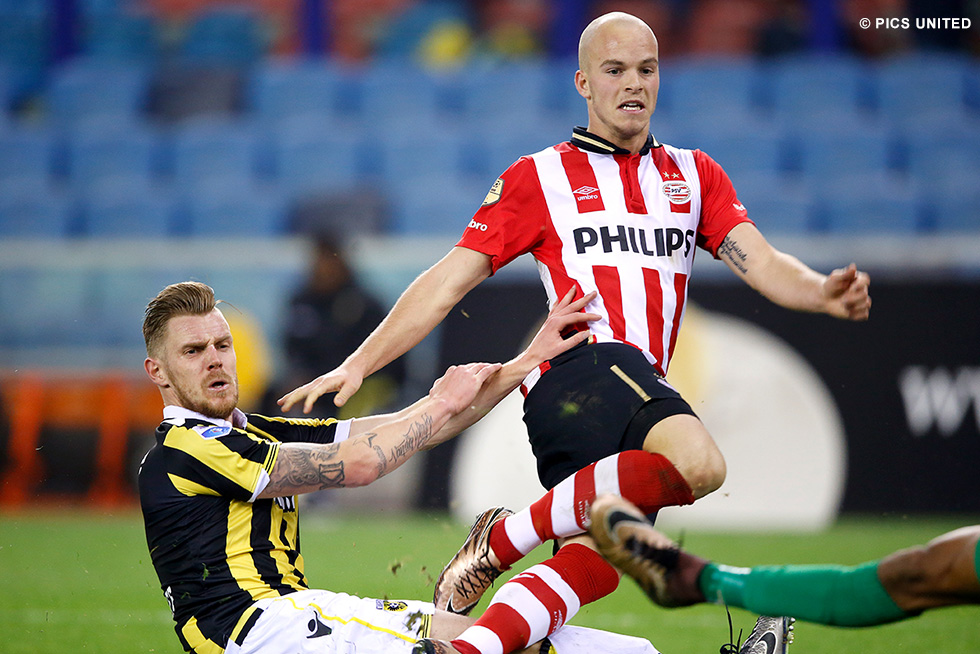