Gudmundsson bags a brace for PSV U21

Albert Gudmundsson bagged a brace as PSV U21 moved into fifth place with a 2-0 victory over NAC Breda on Monday evening. Jürgen Locadia made his return from injury after having been out of action since August 2016.

First meaningful chance
As PSV’s U21 top scorer Sam Lammers and his team mates Dante Rigo, Dirk Abels and Matthias Verreth had been called up to the PSV U19 squad to face Benfica in the UEFA Youth League round of 16 clash on Tuesday, the first-team players Jürgen Locadia, Oleksandr Zinchenko and Luuk Koopmans replaced them in PSV U21’s starting XI. The goalkeeper was called into action on three minutes, when he pulled off a save to deny NAC Breda from opening the scoring. PSV U21 fashioned their first meaningful chance in the 22nd minute and converted it into a goal straightaway. Locadia fired a shot at NAC Breda keeper Brondeel. Albert Gudmundsson pounced on the rebound and his shot deflected off a NAC defender past the goalkeeper: 1-0. 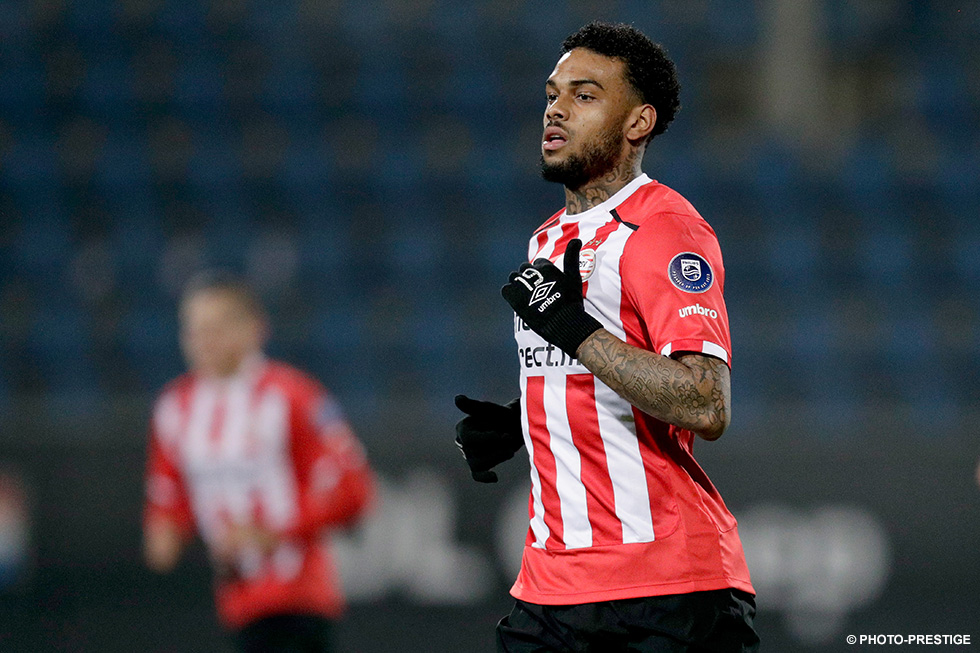 Jürgen Locadia made his return from injury in PSV’s U21 2-0 win over NAC Breda. He had been out of action since August 2016.

Zinchenko delivered a wonderful pass
NAC Breda went in search of an equaliser after the break but the ball was in the net at the other end of the pitch on 58 minutes. Zinchenko played Albert Gudmundsson clean through with a wonderful pass and the Icelandic midfielder produced a lovely chip over Brondeel to double PSV U21’s lead: 2-0. The visitors looked to score a consolation goal and came close on 73 minutes but Koopmans made another save to keep a clean sheet.