Cody Gakpo scored twice in PSV U21’s win in Doetinchem on Friday night. Dennis Haar’s side came from two goals down to beat De Graafschap and register their first victory in the new year.

Disappointing start
PSV U21 got off to a disappointing start to the game and were two goals down after just twelve minutes. Nieuwpoort opened the scoring for the hosts on five minutes and seven minutes later El Jebli netted a great goal to double their lead. Cody Gakpo, who made his debut in professional football, had the perfect response in the 17th minute. The forward beat the offside trap and comfortably slotted home: 2-1. De Graafschap had a number of chances to restore a two-goal advantage but PSV goalkeeper Eloy Room pulled off a string of fine saves to keep his side in the game. HT: 2-1. 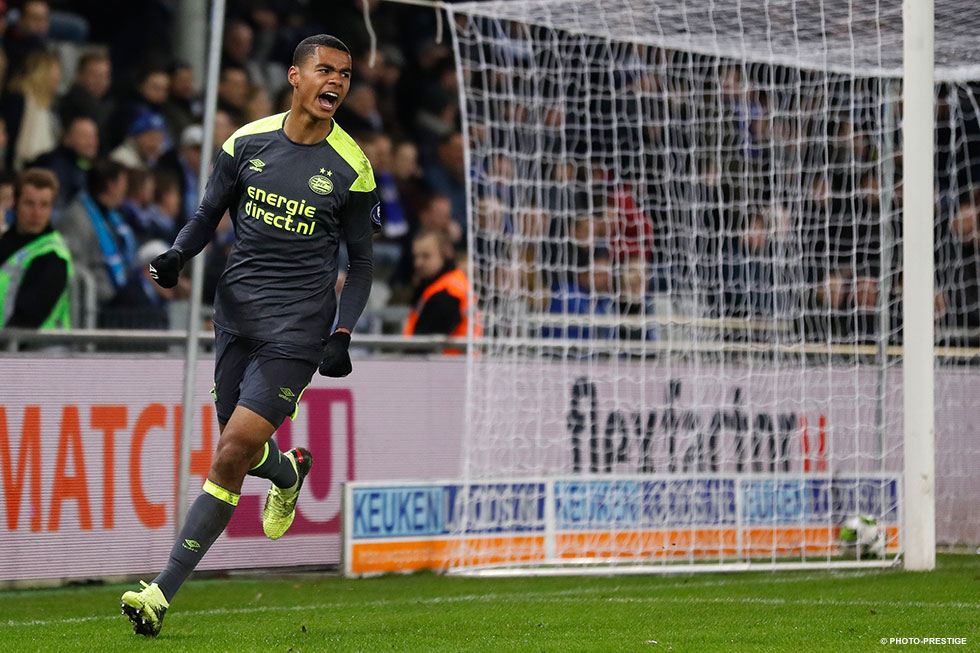 Rigo, Room and Gakpo in fine form
Ten minutes into the second half Joël Piroe had a good chance to put PSV U21 back on level terms but a De Graafschap defender thwarted his goal scoring opportunity. Van Mieghem could have killed off the game with ten minutes remaining but Eloy Room came to the rescue. Second later it was all square again, when Gakpo was fouled in the box and Dante Rigo converted the resulting spot-kick: 2-2. Room made two great saves before PSV U21 snatched a late win. Cody Gakpo capped a successful debut, tapping home the winner from close range in the final minute. FT: 2-3.