PSV’s ten-year wait for a trophy is over following a KNVB triumph against Ajax. Cody Gakpo scored the second goal for PSV and the captain declared himself ‘over the moon’ with his winning goal. Together with Marco van Ginkel he looked back at a mouth-watering encounter.

‘I am a PSV fan’
“We’ve fought hard all season to win a prize and it’s great to be rewarded in the end”, said Gakpo, who was all smiles after he was the first player to lift the Cup. “I’ve always been a PSV fan and I have to admit emotions ran high when we had finally won the KNVB Cup once again. Ever since I was a kid, I’ve been at the victory parades in Eindhoven and I am sure our fans will carry on with the post-match celebrations until the small hours. We showed great fighting spirit, which we used to our advantage.”

Secret weapon
Marco van Ginkel revealed PSV’s secret weapon that helped them see off Ajax in the 2022 KNVB Cup final. “The team spirit is tremendous. We support each other through thick and thin. When we score a goal, everybody, players, substitutes, the coaching staff and supporters alike, celebrates. It is very nice indeed to be part of those celebrations. We won the Dutch Super Cup at the start of the season but this win is even bigger and more beautiful.”

Believe in a remarkable ending
The season is not over yet, realise Cody Gakpo, born and raised in Eindhoven. “We want to fight until the final whistle of the final game of the season. We have five games to play and we need five more victories. It’s as simple as that. We look to win them all but we also know our destiny is no longer in our own hands. Yet we believe in a remarkable ending to the season.” 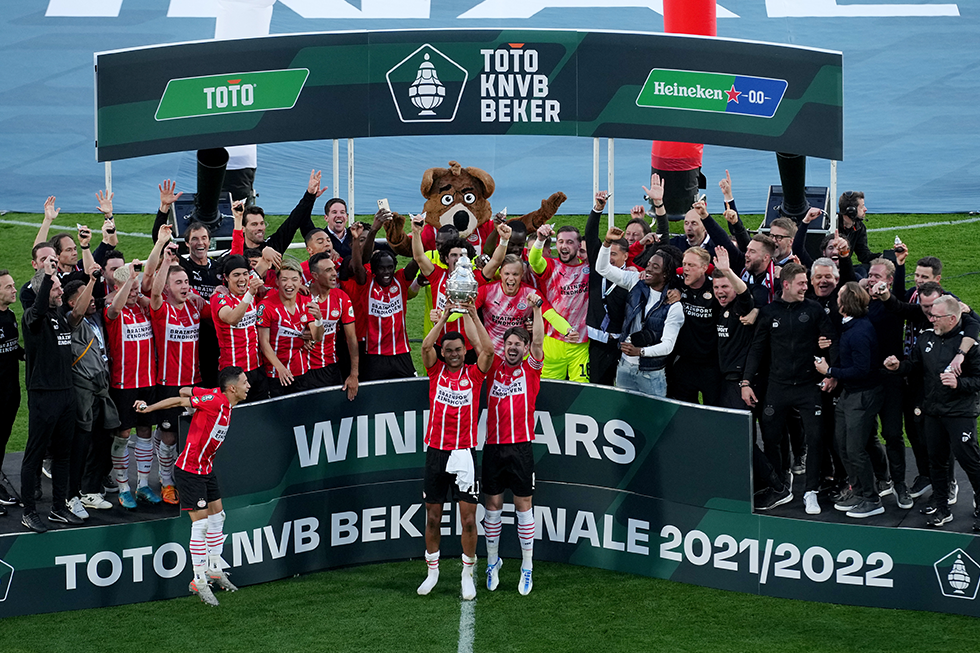