PSV have completed the signing of sc Heerenveen right back Denzel Dumfries. The 22-year-old joins PSV on a five-year contract that will keep him at the Philips Stadion until the summer of 2023.

Sparta debut
Denzel Dumfries, 18 April 1996, will enter his third year in the Dutch Eredivisie. The Netherlands U21 international came through the ranks at Sparta Rotterdam. He made his debut as a professional football player with Sparta on 20 February 2015 when he came on as a substitute at FC Emmen. He became a first-team regular in Rotterdam the next season when he clinched the Jupiler League title. He was named Young Player of the Season.

'Want to shine for PSV’
Dumfries commented on his move to the Philips Stadion. “It just feels great to be here. PSV is a big club with a fantastic stadium. Many former stars showed their skills here. I’ve always worked hard to be here and will do my very best to be successful in Eindhoven. I am looking forward to performing well and winning the ball. I want to show the fans I’ve got strength of character and a winning mentality. I just want to shine at PSV!” 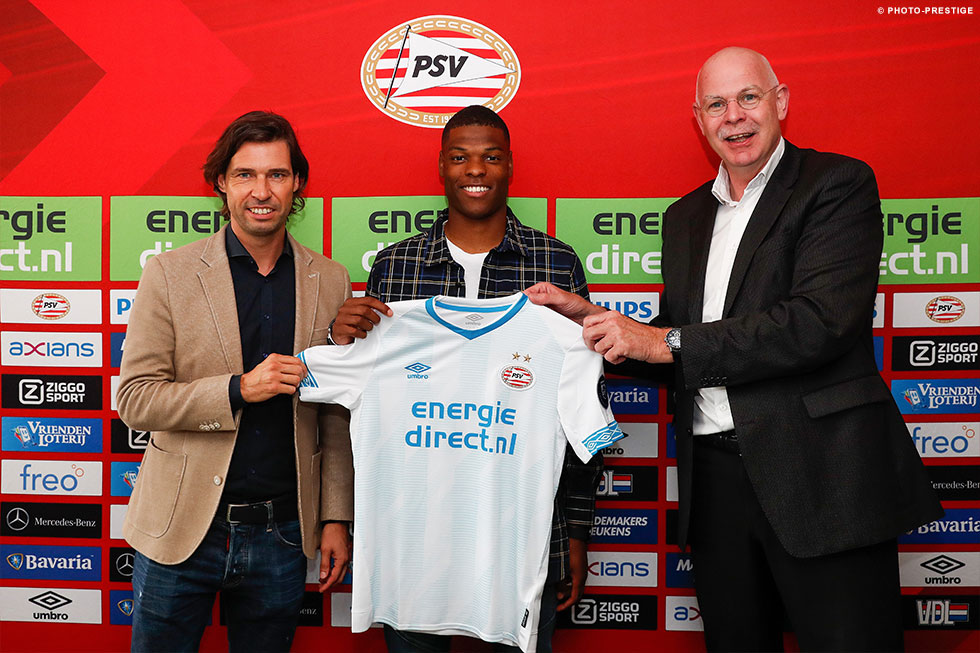