PSV U21 slipped to a 2-1 defeat against De Graafschap at De Vijverberg on Friday evening. Pascal Jansen’s team created plenty of first-half chances but failed to convert them. Sam Lammers pulled a goal back on 85 minutes but it was too little too late.

De Graafschap struck twice in the first half
The hosts took an early lead: top scorer Parzyszek scored from the spot on eight minutes. PSV U21 goalkeeper Hidde Jurjus, who joined PSV from De Graafschap at the start of this season, had guessed the right corner but could not save the spot kick: 1-0. Alberto came close to scoring an equaliser in the 20th minute, but De Graafschap shot stopper Bednarek palmed his goal bound shot away for a corner. Gudmundsson had his chip cleared on the stroke of half-time. El Jebli doubled the lead for De Graafschap after his long-range effort took a deflection, leaving Jurjus with no chance. HT: 2-0. 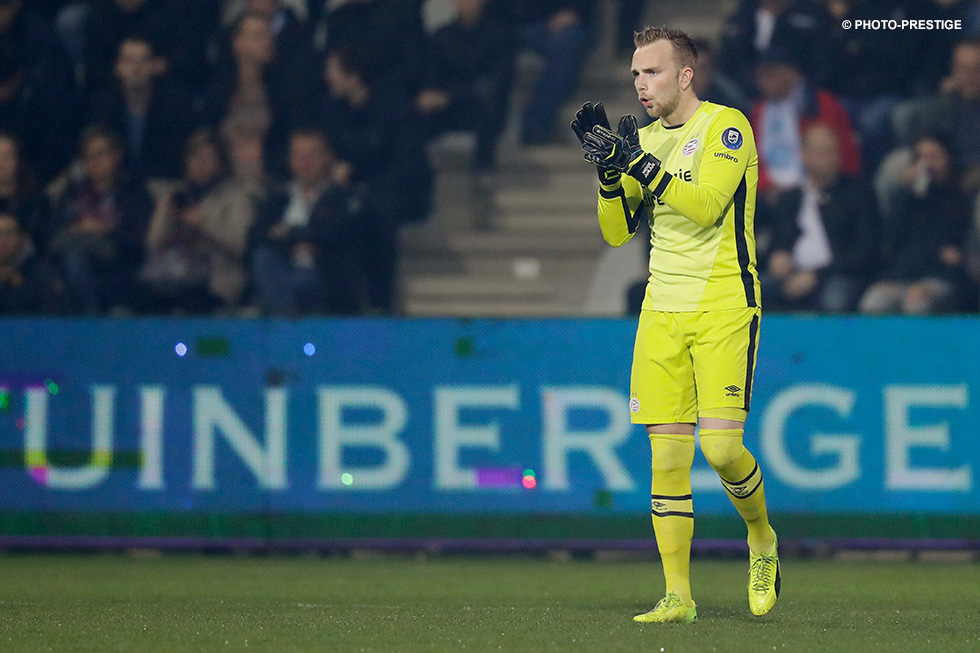 Jurjus joined PSV from De Graafschap at the start of this season.

De Graafschap kept PSV U21 at bay
De Graafschap kept PSV U21 at bay in the second half. They were well-organised and Pascal Jansen’s  team could not carve open the home side’s solid defence. PSV U21 were sloppy in possession while De Graafschap did not create much either. Lammers tried his luck from long range on 80 minutes. Gudmundsson failed to connect with Lammers, who pulled a goal back with five minutes remaining. PSV U21 slipped to fourth place, following the 2-1 defeat, with 56 points from 32 games.