Chris Gloster should actually have been in Mexico with the US U-23 Olympic qualifying team to take part in the Concacaf tournament. But he is still in Eindhoven, which needs no explanation. Meet Chris Gloster,

Photogenic
“I’m not really photogenic. I am camera shy”, says an American in the woody surroundings of PSV Campus De Herdgang. But he did not duck behind the camera and looked confident when he posed for some pictures. It may very well sum up his character. He is modest and down-to-earth off the pitch, but combines strength with speed when he puts on dominant displays on the pitch. He joined PSV in the summer of  2019 looking to launch his career, making a move from Hannover 96 in Germany. It was ‘no big deal’ for Gloster. “I was thirteen years of age when I started playing for New York Red Bulls. I took part in the World Cup U17 with the national team and was invited to do a trial at Hannover 96. I soon signed my first professional contract. I was on the radar of PSV at the World Cup U-20. So I have been moving around in the world of football since I was thirteen and left home at the age of fifteen, when I was mama’s little boy.”

Football is not the first sport you think of when you see the Stars and Stripes waving in the wind. “Most kids played American football. I preferred soccer and as children can be harsh judges, I didn’t always have an easy time. These days, soccer is becoming more and more popular in the USA and I would like to encourage children to dribble around and shoot.” 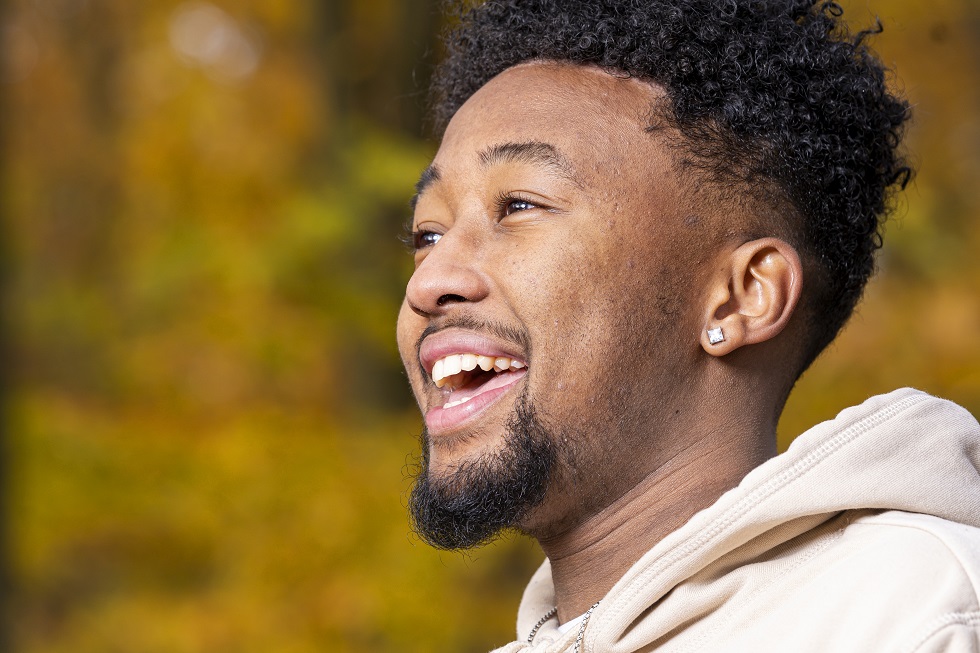 ‘Not good enough’
Gloster was only seventeen years of age when he left his native country to go to Europe. “I encountered some problems. First of all there was this language barrier. I had to learn German, which has helped me a lot now that I am learning how to speak Dutch. Going to Europe was a big step forward in my career but I also grew as a person.” But  the language barrier was not the only issue: there was also a culture shock. “Some players just couldn’t understand what I was doing in Europe. As I am from America, they thought that maybe I was not good enough. And some people stared at me because they thought I looked different.” Fortunately Gloster met compatriots in Hannover  who helped him overcome barriers. “I met some great people who supported me to survive. Sebastian Soto was there for me in Hannover and I Richy (Richard Ledezma) and I join forces at PSV. I never feel alone.”

‘City boy’
Ledezma and Gloster have been friends since they represented the USA at international youth level. And now they play for PSV U21. When Gloster moved to the Netherlands, he was offered accommodation by Ledezma and now they live in Eindhoven. It bears no comparison with the city where he started his career. “I was born and raised in New Jersey, about half an hour away from New York. I am a city boy and like to meet people, go to restaurants and I like shopping a lot.” When asked if Eindhoven meets his standards, he tentatively comes up with a confirmative answer. “I’m getting used to this place and it’s nice to have a break from the hustle and bustle of the big city. When I go home again and see my family, I will return to big cities. For the time being I will enjoy the peace and quiet here.” 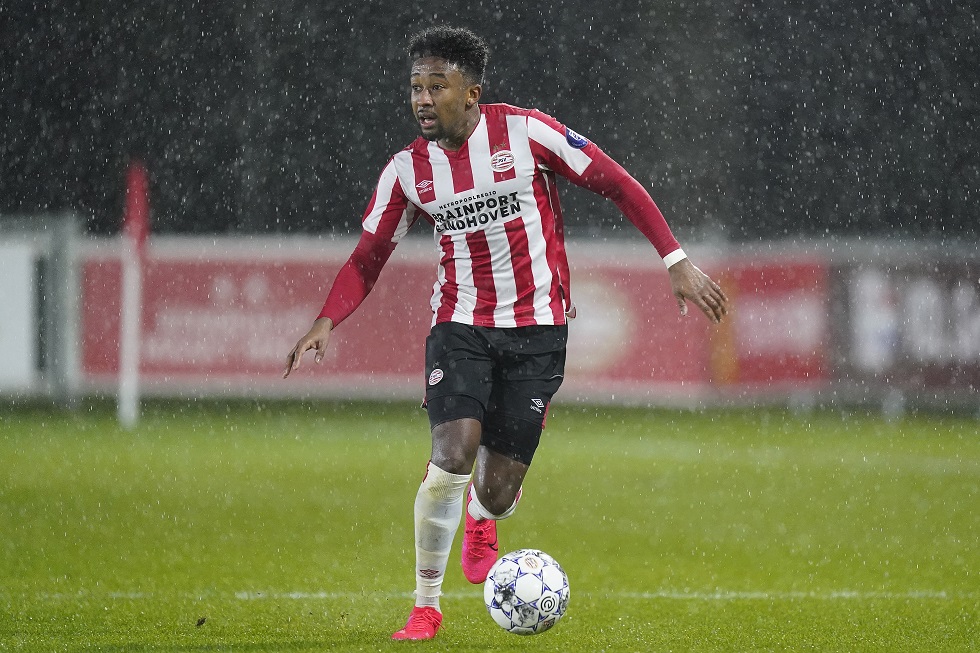 Burst into tears
The American also saw the dark side of life in Europa. When Excelsior player Ahmad Mendes Moreira was racially abused by so-called FC Den Bosch supporters, it hit him hard as well. It reminded him of the abuse he received as a Hannover 96 player. “I can still vividly recall the incident. We were leading 1-0 against Vfb Lubeck when I suffered a head injury. I was in pain and needed treatment. When I got up I heard monkey chants and other verbal abuse and somebody threw a lighter at me. I didn’t know how to react, because it was my first experience. I was deeply affected and burst into tears on the pitch. My team-mates helped me through it but I ran to the dressing room straight after the final whistle had gone.”

‘It need to be stopped’
Gloster thinks it needs to be stopped. “No player wants to play football and have abuse like that. There are some problems in the USA but I have never experienced anything like this”, says Gloster. “Many teams have players from many different races. There’s no place for racism in the game. Why should players of the opposing team become racial abuse victims, while the team you support most likely also has players of mixed race. Evil racist abuse of players must stop. We cannot ignore this but face the facts. I am grateful that Georginio Wijnaldum, a world-class player, feels that the field of play is the best way for players to combat such discrimination. His words are a source of inspiration for me.”

Although the teenager has had his fair share of problems and stood on his feet at an early age, he fully supports his choices. In fact, he hopes that other talented youngsters will try and make it in the world of top sport. “I am happy with what  I have achieved so far. I could recommend everybody to chase his dreams. Believe in yourself and keep on trying. If you don’t succeed, try something else. Life goes on.” 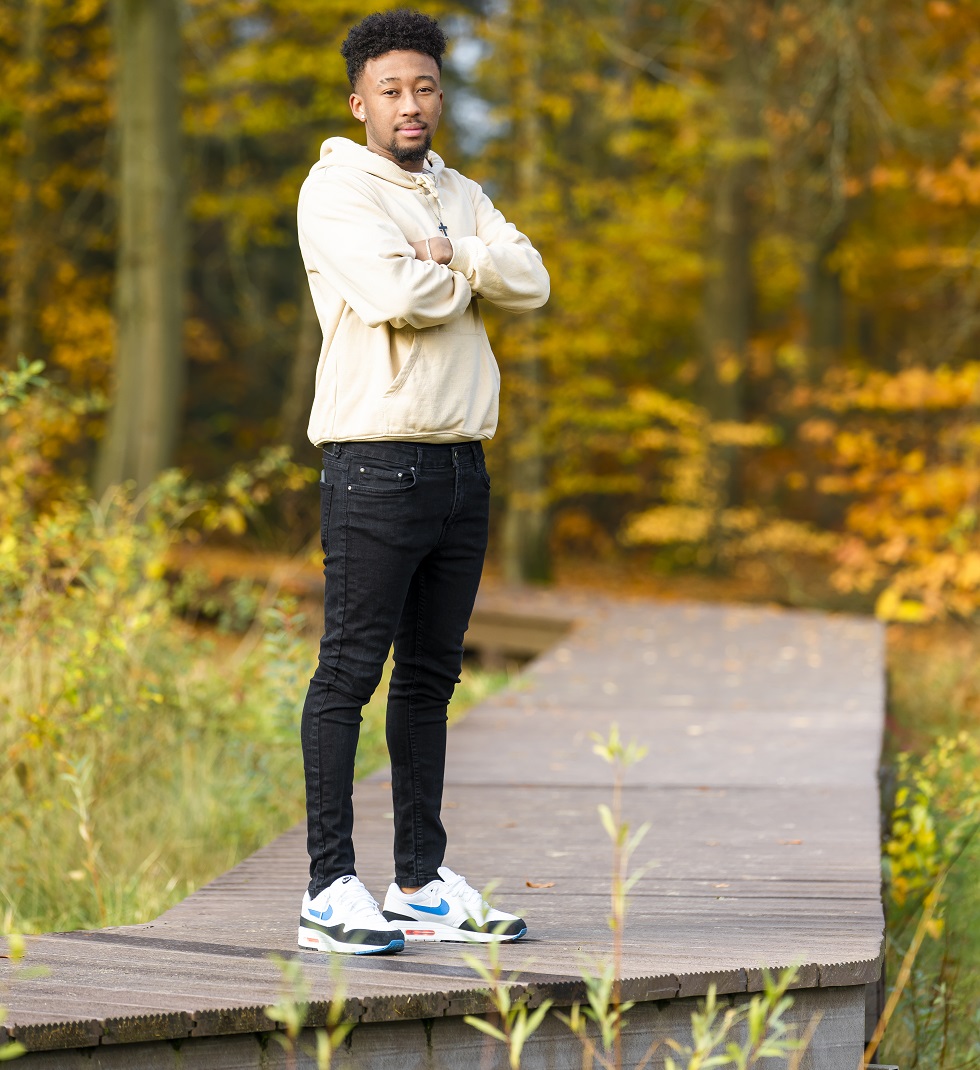 ‘I’ve fallen in love with PSV’
He has get used to his new surroundings in Eindhoven in no time. “The first few months have been wonderful. The coaching staff is very kind. I sometimes have a chat with one of the first-team players and they teach me a lot. It looks like I’ve been here for many years. I don’t have any negative feelings towards Hannover 96. They are a closely-knit family and I owe them a lot but I felt it was time to take the next step in my career. I’ve fallen in love with PSV. When I was injured, the head coach took time to visit me and ask me how I was doing.”

‘I look to break through’
“I have a simple aim”, continued Gloster. “I want to work hard and make my first-team debut for PSV.  Maybe I could start in a friendly and then make appearances in the Dutch league and a European competition. I look to break through here in Eindhoven and hope to play for a big club in the English Premier League once. And I can’t wait to be called up to the squad of the national team. But I have to take things as they come.”

Gloster realises he would not be where he is without his mother. He owes her a lot. “My mother is so proud of me. She started crying when I had my own apartment. I do hope she will come and see me soon. I am so grateful for the love of my grandmother and sister and my whole family. They are absolutely indispensable.”