PSV have signed left back Chris Gloster on a three-year deal from Hannover 96. The US youth international joins the PSV U21 squad. ‘’Signing for such a big club as PSV is a dream come true. I am ready for the new challenge”, he said after completing his transfer from Hannover.

“Football in America is on the rise and that’s we intensively scout their national youth teams”, explains director of football John de Jong. “We are always on the lookout for emerging talent and soon spotted Chris Gloster. He will join fellow countryman Richie Ledezma, who also plays for PSV U21.

Left back
Nineteen-year-old Chris Gloster is a dynamic attacking left back. “He is known for his steady defensive work and lunges forward to join the attack on every opportunity available”, says De Jong. Three seasons ago, at the age of sixteen, the American became the youngest player ever in the American first division, when he made his debut for the New York Red Bulls II. He made a move to Hannover 96 eighteen months later and now starts his second foreign adventure in Eindhoven. “I have chosen to continue my career in Europe because the clubs give more opportunities to the younger players, whereas in the USA they look for experienced and physically strong players. Age is not an issue in Europe. When you are a good player, it does not matter how young you are.” 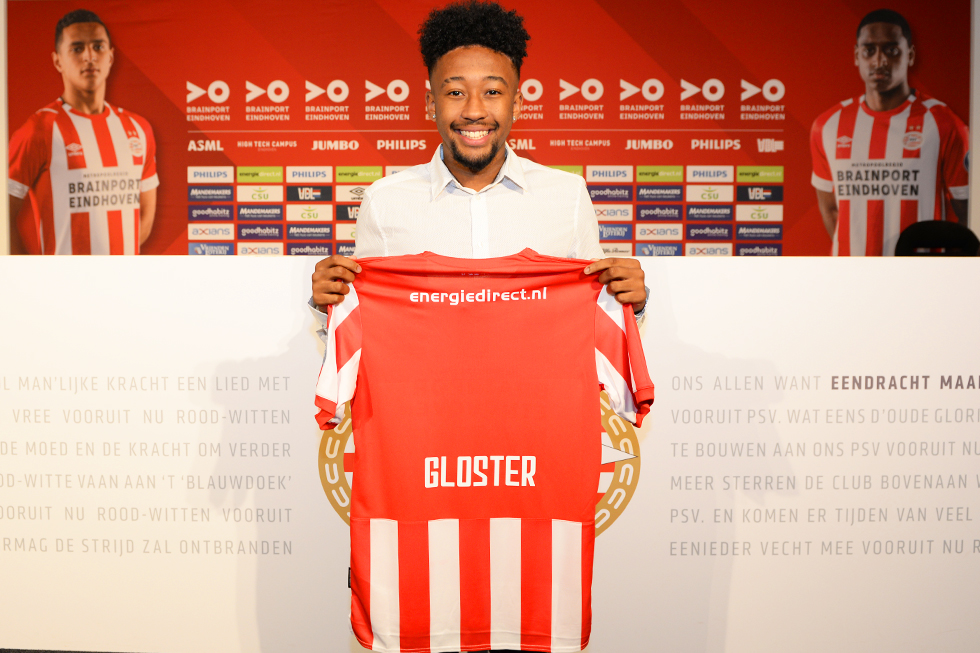