Carlos Vinícius will continue his career in England. The 27-year-old Brazilian striker has agreed a three-year deal with Premier League club Fulham. His loan spell with PSV was due to expire in the summer of 2023.

Vinícius joined PSV in 2021
PSV strengthened their squad on the last day of the 2021 summer transfer window with the signing of Carlos Vinícius, a powerful and prolific striker. Vinícius (Rio de Janeiro, 25 March 1995) started his career in his native country with Santos FC. After spells with Palmeiras, AA Caldense and Anápolis-GO the striker made a move to Portugal, where he scored 20 goals and assisted a further five on loan with second division side Real SC. He was also the leading scorer at Rio Ave SC and Benfica. Vinícius also played for Napoli, AS Monaco and Tottenham Hotspur.

Turn things around
PSV signed the Brazilian on loan from Benfica and made 38 appearances for PSV in all competitions. The striker was frequently introduced as a substitute in the closing stages to try and turn things around. He was often successful with seven decisive goals and seven assists. When he had shaken off an injury, he made two appearances for PSV this season. 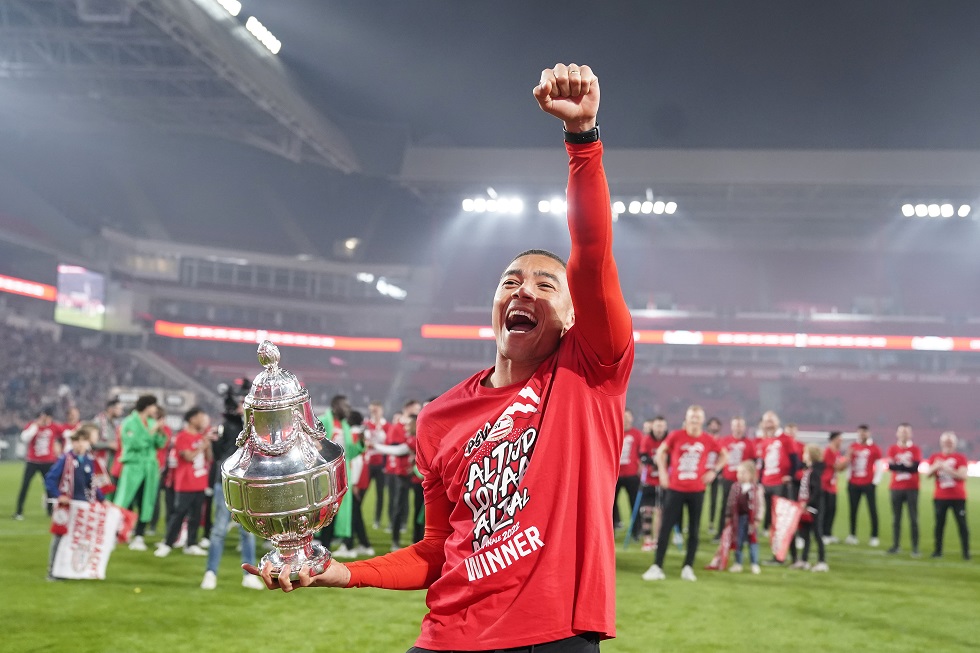