21-year-old PSV forward Steven Bergwijn has signed a contract extension which will keep him at the club until the summer of 2023. “Signing a new deal was a conscious choice. I feel I have made the right decision”, said the Netherlands international. “I was on the radar of a range of clubs, but I realised that everything should be perfect, both for me and PSV. And that’s why I decided to commit my long-term future to the club. I feel privileged to have the support and the trust the club has in me to offer me a new contract.”

Bergwijn joined PSV at the age of thirteen and has now signed his fourth contract in Eindhoven. “It proves I feel very much at home here. I feel I can still learn things. I want to win trophies with PSV. I like life in Eindhoven.” PSV head coach Mark van Bommel is also delighted that Steven Bergwijn has put pen to paper on a contract extension amid foreign interest. “Steven has exceptional qualities and we were desperate to keep him at the Philips Stadion. I am delighted he has penned a new deal”, said Van Bommel. 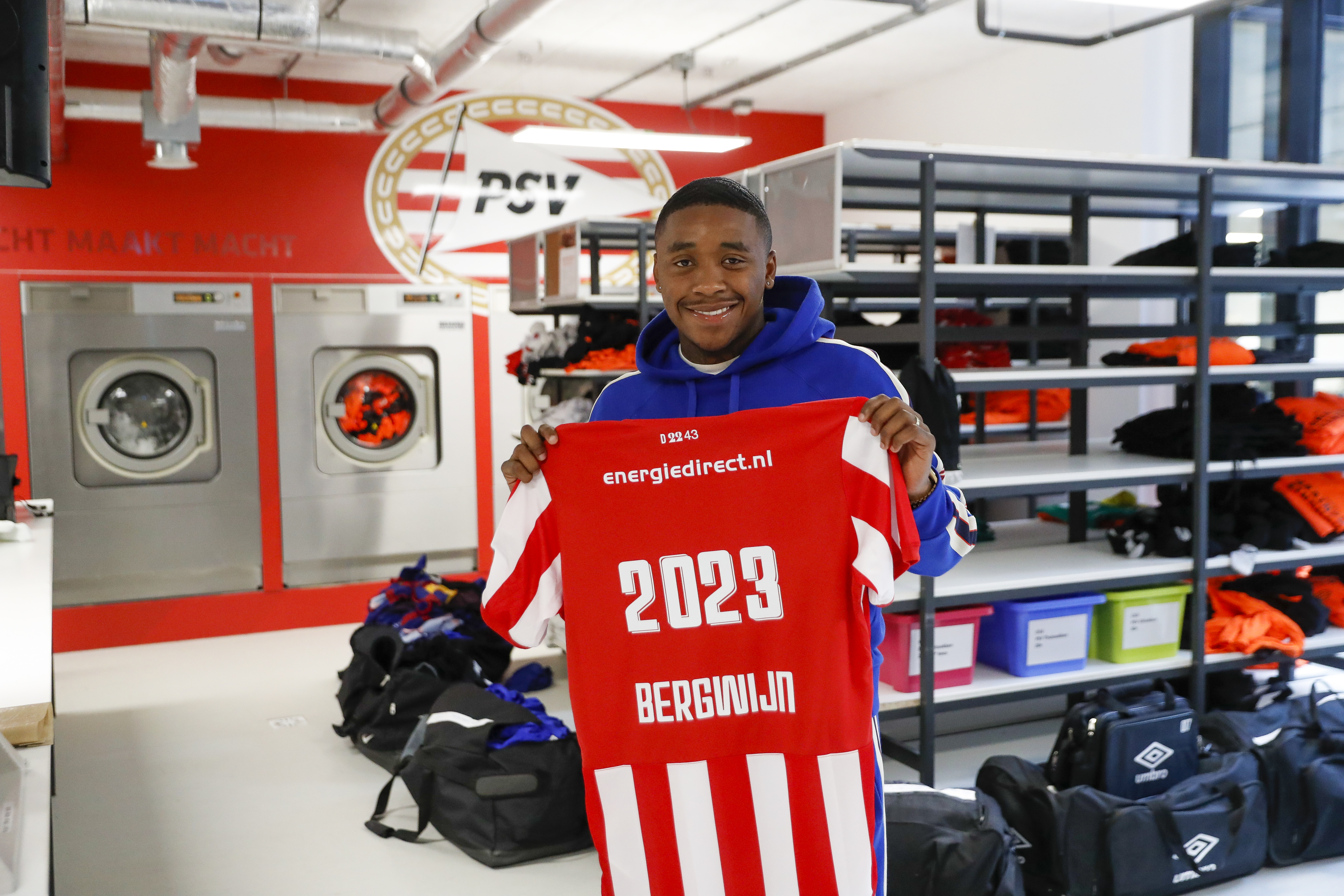 Keeping Steven Bergwijn in Eindhoven has always been a cornerstone for John de Jong. “In spite of all the transfer speculation and rumours, Steven Bergwijn has always been focused on playing football at PSV. We negotiated with his management team and Steven continued to do what he is good at: play football. He may be only 21, but he has shown he is a genuine professional.”