Belgian youngsters see off Ajax U21

PSV U21’s Belgian promising youngsters Matthias Verreth and Lennerd Daneels scored a goal each to help their team to a 3-0 victory Ajax U21 in Amsterdam on Friday night. Nikolai Laursen added the third goal. Dennis Haar’s side have reduced to gap behind Ajax U21 to seven points.

Entertaining first half
The hosts were the better team in a lively opening twenty minutes. Striker Johnsen was one-on-one with Yanick van Osch but the PSV U21 goalkeeper kept his composure and pulled off a save to deny the Norwegian after he had already smothered an effort from midfielder De Wit. At the other end, Marcel Ritzmaier produced a fine lob but the Austrian saw his effort go just over the bar. Jordan Teze had to be alert to make a goalline clearance to deny Bijleveld. 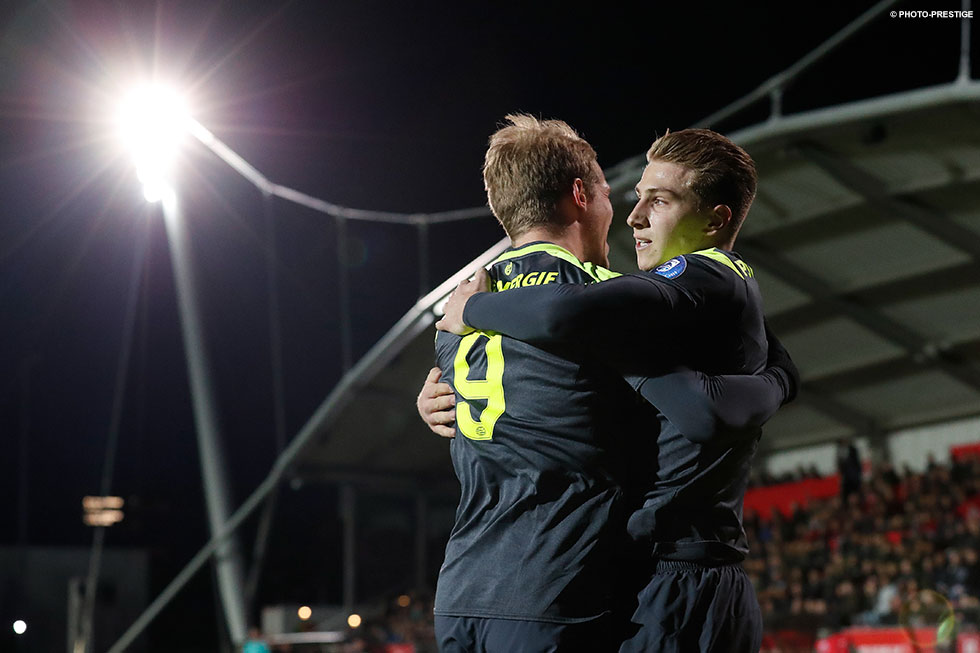 The hosts were the better team in the lively opening minutes but Matthias Verreth opened the scoring for PSV U21 on 37 minutes.

The Belgians strike twice
Defender Jordan Teze sustained an injury on the half-hour mark and Lennerd Daneels came off the bench to replace him. Matthias Verreth also limped off the pitch, in the 44th minute, seven minutes after he had opened the scoring for PSV U21. The Belgian slotted home from Cody Gakpo’s pinpoint pass: 0-1. Cody Gakpo, Nikolai Laursen and Lennerd Daneels could not double PSV U21’s lead after the break as the final pass lacked accuracy. PSV U21 put the game to bed on 74 minutes. Joey Konings won the ball and immediately sought Lennerd Daneels who rounded Ajax U21 goalkeeper Kotarski to open his scoring account for PSV U21: 0-2. Nikolai Laursen put the icing on the cake with four minutes remaining, adding a third goal: 0-3.