Ajax and PSV fight out an entertaining 2-2 draw

Ajax and PSV fought out an entertaining 2-2 draw in the Johan Cruyff Arena in Amsterdam on Sunday afternoon. A first-half Eran Zahavi brace gave PSV a two-goal advantage but Quincy Promes and Antony scored a goal either side of the break to earn the hosts a point.

Zahavi strikes twice
Eran Zahavi gave PSV a dream start in Amsterdam. Only two minutes were on the clock when the Israeli striker put Roger Schmidt’s team in the lead. Donyell Malen produced a lovely flick and Zahavi comfortably slotted the ball past Ajax keeper André Onana: 0-1. It was PSV’s 5000th goal since the introduction of the Dutch Eredivisie. Zahavi doubled PSV’s lead in the 21st minute.

Ajax pull one back before the break
The Israeli again combined with Malen to score from close range: 0-2. Quincy Promes pulled a goal back for the hosts five minutes before the half-time whistle went. Dusan Tadic, who had already hit the post minutes before, sent in a low cross and Promes finished coolly, leaving Yvon Mvogo with no chance: 1-2. On the stroke of half-time. Zahavi had a chance to complete a hat-trick but he just could not connect with Mohamed Ihattaren’s perfect cross. 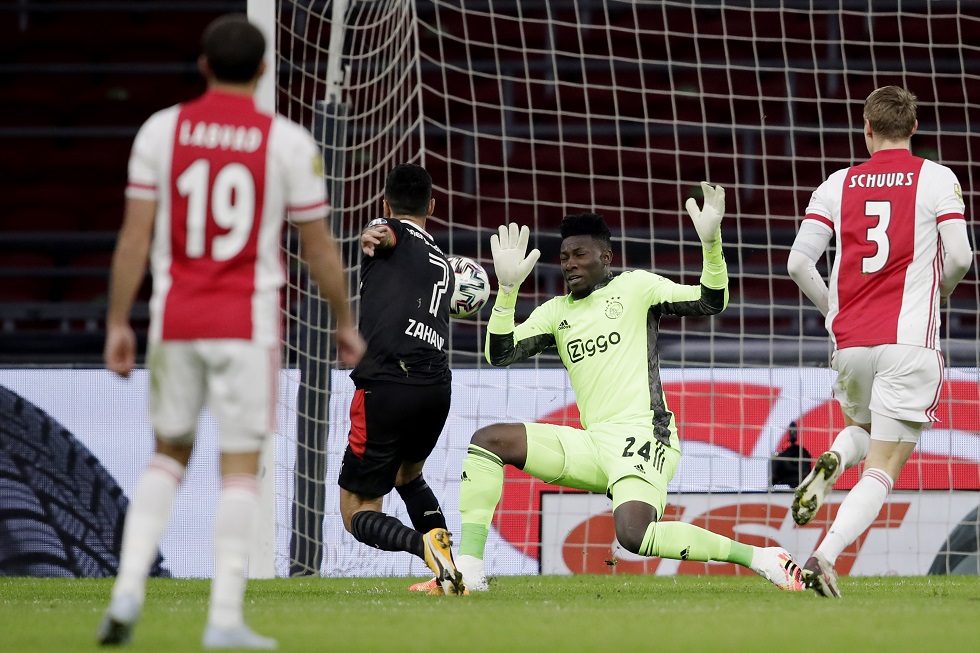 Ajax stage fight back
Ajax piled up the pressure on the PSV defence after the break and Ajax thought they were level when new signing Sebastian Haller found the back of the net but the goal was ruled out by VAR for offside. It was all square again in the 65th minute. French striker Haller laid on Antony who tucked the ball away in the bottom corner from ten yards out: 2-2.

No winner
Ajax deserved their equaliser as PSV were pegged back into their own half for large parts in the second half. Ajax had the better chances to score a winner but Zahavi was close and substitute Mauro junior saw a cross well cleared. Following the 2-2 draw, Ajax remain their lead at the top of the Eredivisie, one point ahead of PSV. 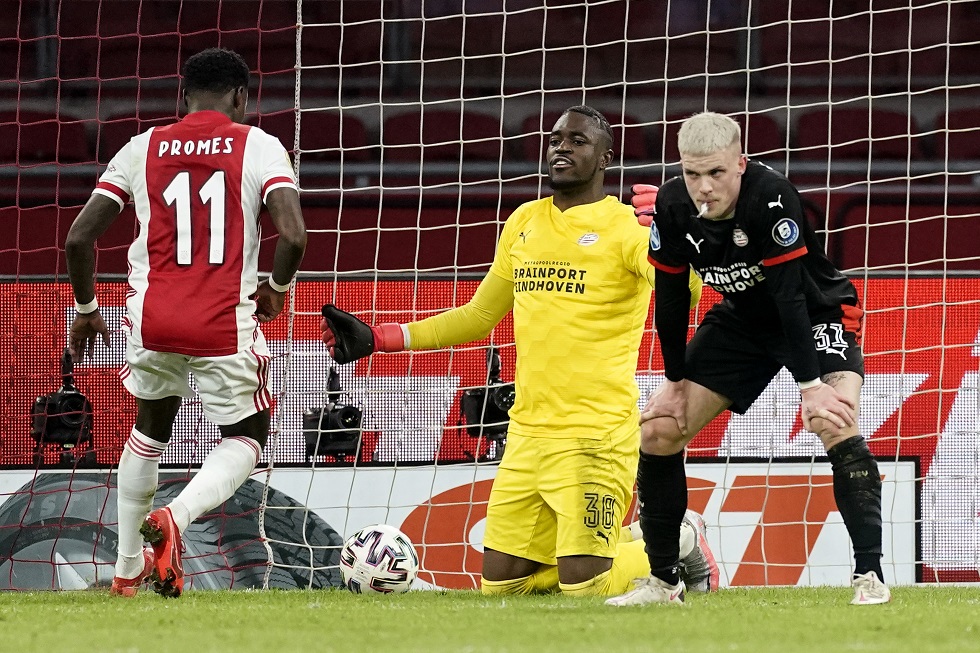