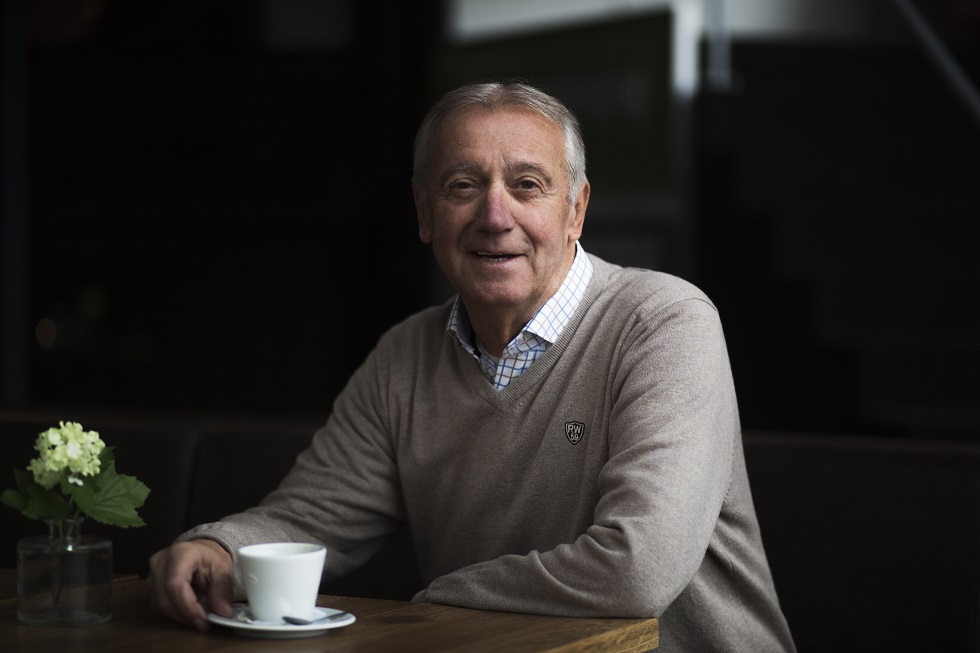 Forever ‘Mister PSV’
Van der Kuijlen was a great person on and off the pitch. No player can match his legendary status at PSV and there is nothing equal to his achievements and successes. The striker, born and raised in Helmond, will forever be PSV’s all-time Eredivisie top goal scorer with an untouchable 308 goals in 528 league games. He was a PSV player for eighteen successive seasons, because of which he was made an honorary member of PSV. Van der Kuijlen, modesty personified, was known affectionately as Mister PSV while his powerful shot earned him the nickname Skiete Willy (‘shoot Willy’). After his playing career, Van der Kuijlen returned to PSV as youth coach and assistant coach and later as a scout and he also represented PSV in ceremonial tasks. As a two-footed player he will always be remembered for his technical skills, but above all for his goal-scoring prowess. Willy van der Kuijlen is and will be Mister PSV, forever.

The miracle from Helmond
Van der Kuijlen was raised in Helmond and started playing football at an early age. At the age of fifteen, he made his debut as a first-team player of local club HVV and impressed in the 1963-64 season by scoring 31 goals in 26 matches. His family recognized his talents and when he attended school to become a tiler, his father advised Willy to quit and try to earn a living as a professional football player, which was not plain sailing in those days. He was on PSV’s radar in 1963 but PSV were really interested in signing him one season later after he had proved to be a top clinical finisher for the Helmond amateurs. A great many Dutch clubs were keen to secure his signature of the miracle from Helmond but at the end of the day he chose PSV. 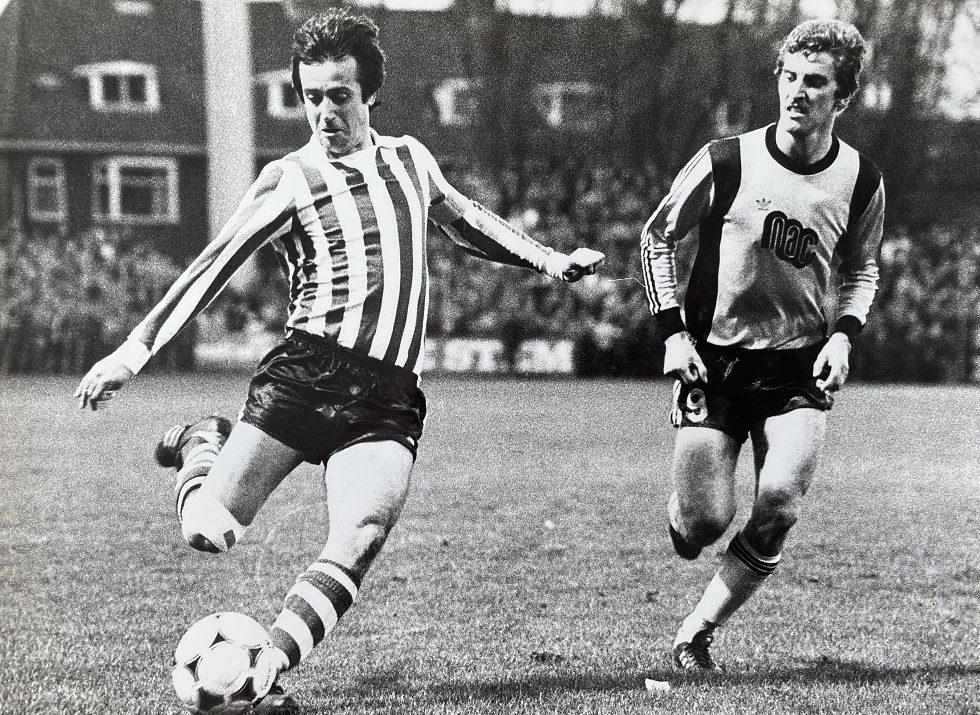 Ups and downs
The relationship between Willy and PSV has not always been a happy one and there were ups and downs in his career. Van der Kuijlen continued to find the back of the net and was crowned Eredivisie top scorer in 1966, 1970 and 1974. But he also struggled to meet the high expectations set by the outside world and frequently clashed with his coaches. Kees Rijvers, who was appointed PSV head coach in 1972, cleared the air with Van der Kuijlen and restored his confidence. Rijvers played Van der Kuijlen on the left wing, a position he had loathed before, along with Swedish striker Ralf Edström and they formed one of the best strike partnerships in Dutch football. Van der Kuijlen scored an astonishing 106 goals in four seasons. Van der Kuijlen was a real Real Madrid transfer target, but he stayed loyal to PSV for the rest of his life. 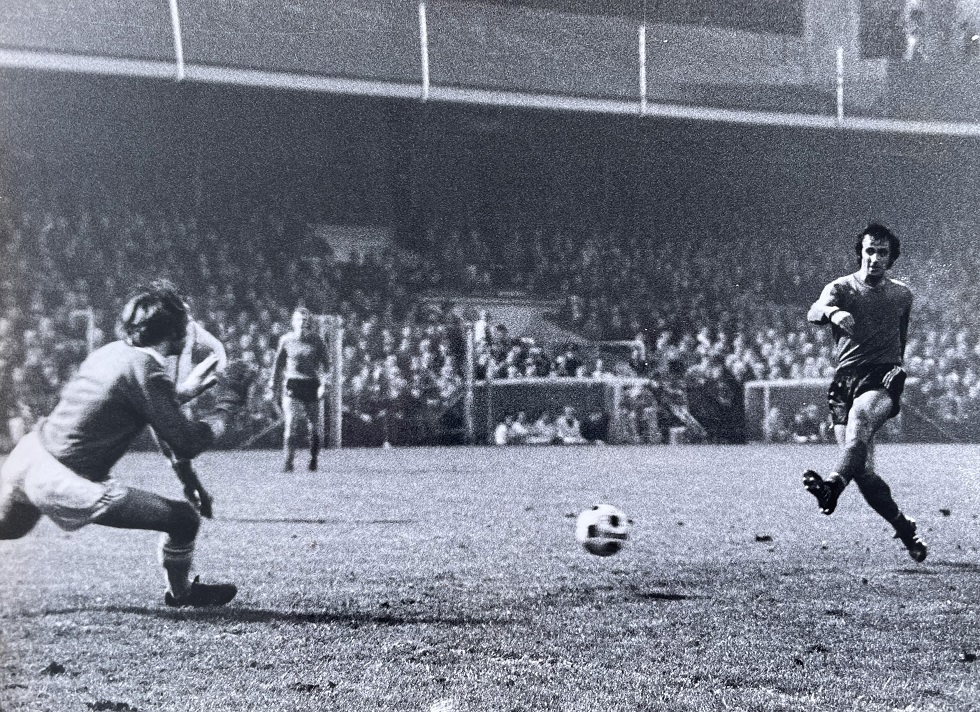 Finally got the recognition he deserved Willy’s modesty prevented him from becoming a first-choice player of the Dutch national team. His internarial career was marred by frequent clashes with ‘those boys from Amsterdam’. He even withdrew from the Netherlands squad for the 1974 World Cup in West Germany and would never take part in a major tournament. One of the best Dutch players ever had to make do with  22 caps for his country, scoring seven goals in the process. Rijvers fortunately respected and valued Van der Kuijlen and handed him the captain’s armband in 1977. It was the most successful season in his career, when PSV clinched the Eredivisie title for the third time and won their first prize in a  European competition. They reached the final of the UEFA Cup and beat SC Bastia 3-0 at home, after a goalless draw in the first leg, with Van der Kuijlen scoring the third goal. 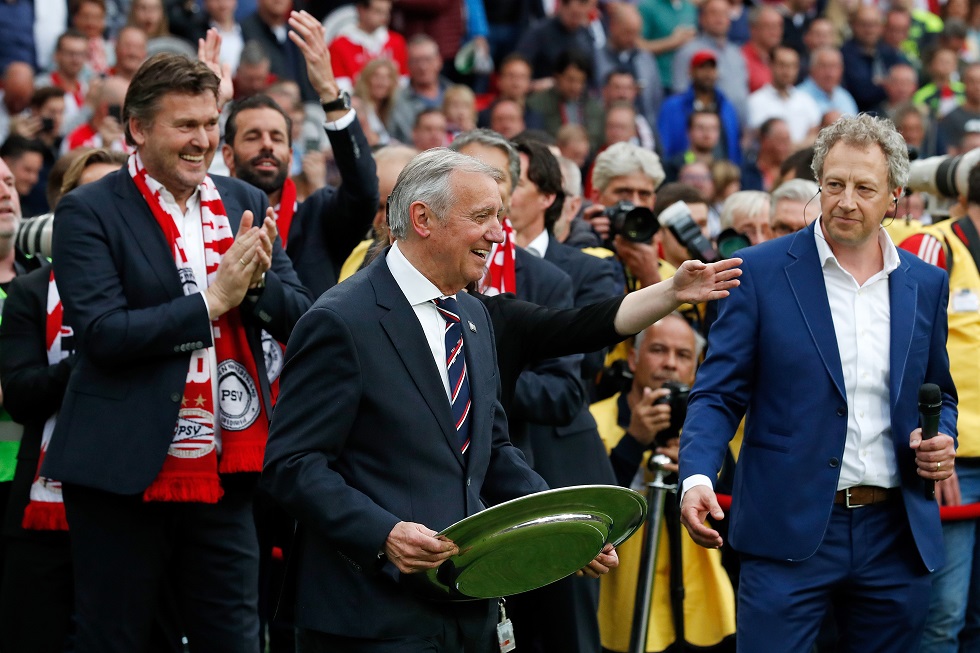